DH Lawrence (David Herbert Lawrence) (11 September 1885 – 2 March 1930) was an English novelist, poet, playwright, essayist, literary critic and painter. His collected works represent, among other things, an extended reflection upon the dehumanising effects of modernity and industrialisation. Some of the issues Lawrence explored were sexuality, emotional health, vitality, spontaneity, and instinct. 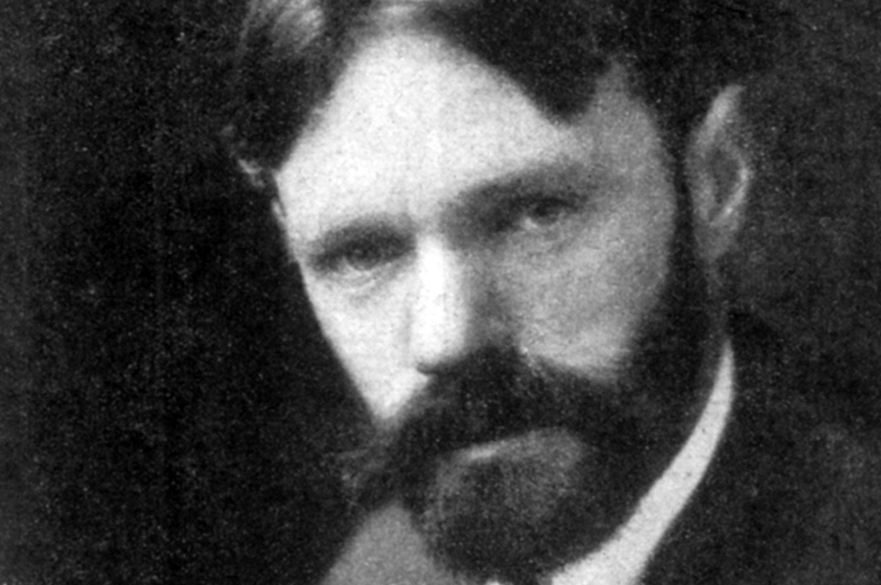 Throughout his life, Lawrence's opinions earned him many enemies and he endured official persecution, and censorship. At the time of his death, his public reputation was that of a pornographer who had wasted his considerable talents. E. M. Forster, in an obituary notice, challenged this widely held view, describing him as "the greatest imaginative novelist of our generation." Later, Cambridge critic F. R. Leavis championed both his artistic integrity and his moral seriousness, placing much of Lawrence's fiction within the canonical "great tradition" of the English novel.

DH Lawrence is best known for his novels Sons and Lovers, The Rainbow, Women in Love and Lady Chatterley's Lover. In these books, Lawrence explores the possibilities for life within an industrial setting. In particular, Lawrence was concerned with the nature of relationships within such a setting. Though often classed as a realist, Lawrence in fact used his characters to give form to his personal philosophy. His depiction of sexuality, though seen as shocking when his work was first published in the early 20th Century, has its roots in this highly personal way of thinking and being.

In his later years Lawrence developed the potentialities of the short novel form and his best-known short stories include ’The Captain's Doll’, ’The Fox’, ’The Ladybird’, ’Odour of Chrysanthemums’, ’The Princess’, ’The Rocking-Horse Winner’" ’St Mawr’, "’The Virgin and the Gypsy’" and ’The Woman who Rode Away’. (The Virgin and the Gypsy was published as a novella after he died.) Among his most praised collections is The Prussian Officer and Other Stories, published in 1914. His collection The Woman Who Rode Away and Other Stories, published in 1928, develops the theme of leadership that Lawrence also explored in novels such as Kangaroo, The Plumed Serpent and Fanny and Annie.

Although best known for his novels, Lawrence also wrote almost 800 poems, most of them relatively short. His first poems were written in 1904 and two of his poems, ‘Dreams Old’ and ‘Dreams Nascent’, were among his earliest published works in The English Review.

He had links to both Nottingham and Nottingham Trent University. He was the fourth child of Arthur John Lawrence, a barely-literate miner at Brinsley Colliery, and Lydia Beardsall, a former teacher who had been forced to perform manual work in a lace factory due to her family's financial difficulties. Lawrence spent his formative years in the coal mining town of Eastwood, Nottinghamshire. The house in which he was born, 8a Victoria Street, is now the DH Lawrence Birthplace Museum. His working-class background and the tensions between his parents provided the raw material for several of his early works. Lawrence roamed out from an early age in the patches of open, hilly country and remaining fragments of Sherwood Forest in Felley woods to the north of Eastwood, beginning a lifelong appreciation of the natural world, and he often wrote about "the country of my heart"as a setting for much of his fiction.

He left in 1901, working for three months as a junior clerk at Haywood's surgical appliances factory, but a severe bout of pneumonia ended this career. During his convalescence he often visited Hagg's Farm, the home of the Chambers family, and began a friendship with Jessie Chambers. An important aspect of this relationship with Chambers and other adolescent acquaintances was a shared love of books, an interest that lasted throughout Lawrence's life.

In the years 1902 to 1906 Lawrence served as a pupil teacher at the British School, Eastwood. He went on to become a full-time student and received a teaching certificate (without degree) from University College, Nottingham, in 1908. For somebody so widely read, this did not bring much of an intellectual challenge. However, although critical of his classes and most of his teachers, he later admitted that he had gained maturity through the experience.

A record survives in the official assessment of Lawrence as a potential school teacher in the University of Nottingham Day Training College student register for 1906 – 1908. His intellectual gifts were clearly appreciated, but there was anxiety too that his personality might not suit all classrooms.

DH Lawrence used his experience of studying at University College Nottingham in his book, the Rainbow, when Ursula attends:

“The big college built of stone, standing in the quiet street, with a rim of grass and lime-trees all so peaceful: she felt it remote, a magic-land. Its architecture was foolish, she knew from her father. Still, it was different from that of all other buildings. Its rather pretty, plaything, Gothic form was almost a style, in the dirty industrial town. She liked the hall, with its big stone chimney-piece and its Gothic arches supporting the balcony above. To be sure the arches were ugly, the chimney-piece of cardboard like carved stone, with its armorial decoration, looked silly just opposite the bicycle stand and the radiator, while the great notice-board with its fluttering papers seemed to slam away all sense of retreat and mystery from the far wall”.

The years at College were fertile ones for his creative development. It was also during these early years that he worked on his first poems, some short stories, and a draft of a novel, Laetitia, which was eventually to become The White Peacock. At the end of 1907 he won a short story competition in the Nottingham Guardian, the first time that he had gained any wider recognition for his literary talents.