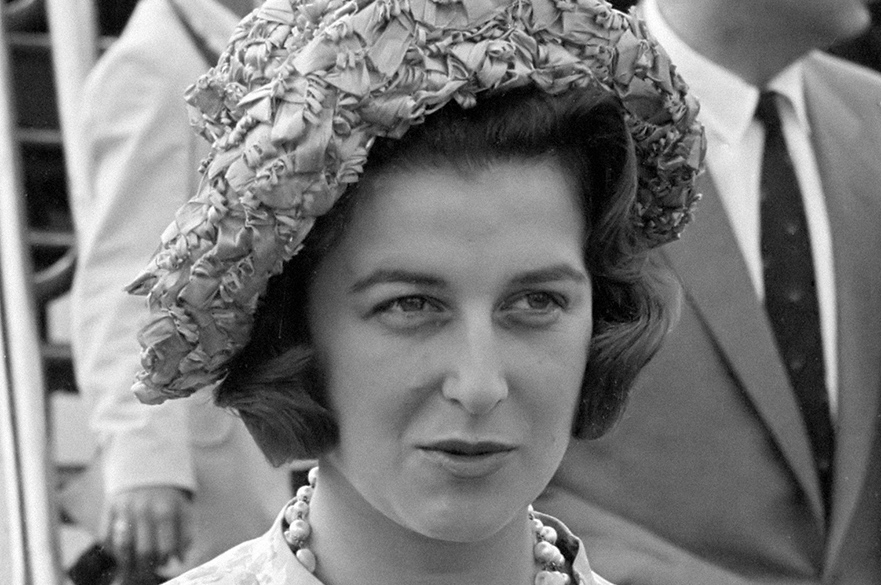 Alexandra was born to Prince George, Duke of Kent, and Princess Marina of Greece and Denmark. She is a first cousin of Queen Elizabeth II.

Since the late 1950s, Princess Alexandra has carried out an extensive programme of engagements in support of the Queen, both in the United Kingdom and overseas. Taking part in roughly 120 engagements each year, Princess Alexandra was one of the most active members of the royal family and officially opened the Newton Building on 5 June 1958.  She also returned to the university in 1969 when she opened the new Bonington Building.

In 1959, she carried out an extensive tour of Australia, and attended the Queensland Centenary Celebrations. Princess Alexandra represented the Queen when Nigeria gained its independence from the United Kingdom on 1 October 1960, and opened the first Parliament on 3 October. In 1961 Princess Alexandra visited Hong Kong and made a visit to So Uk Estate, a public housing complex.

She made 110 engagements in 2012. However, in late June 2013 she cancelled her engagements due to arthritis. As of 2017, she is still listed on the official website of the British Monarchy as a working member of the Royal Family, attending numerous ceremonial and charitable engagements.

The Princess is the patron of the Blackie Foundation Trust, a charity dedicated to the promotion of research and education in homoeopathy. She is also a patron of the English National Opera; the London Philharmonic Choir; the Florence Nightingale Foundation; the not-for-profit housing association Anchor; the charity Independent Age; St Christopher's Hospice in Sydenham, England; Core, a National charity in London dedicated to funding research into digestive diseases and which also publishes information leaflets on the most common diseases of the gut and liver; the Nature in Art Trust and London Academy of Music and Dramatic Art (LAMDA), the oldest drama school in the English-speaking world.

She has been the patron of the Royal Alexandra Children's Hospital in Brighton since 1954. She is also the Royal Patron of Children and Families Across Borders (CFAB), a charity dedicated to reuniting children who have been separated from their families. She is patron of the Royal Central School of Speech & Drama in London, which received its royal style in 2012 during the Queen's Diamond Jubilee. In her role as president of Sightsavers UK, the Princess visited Washington D.C. in October 2016 to attend the Neglected Tropical Diseases NGDO Network conference partnership reception. In November 2016, one month ahead of her 80th birthday, the Queen held a reception at Buckingham Palace in honour of the work of Princess Alexandra's charities.