Prince Leopold, Duke of Albany (HRH Prince Leopold George Duncan Albert of Great Britain and Ireland) was the son of Queen Victoria and her husband, Prince Albert of Saxe-Coburg-Gotha 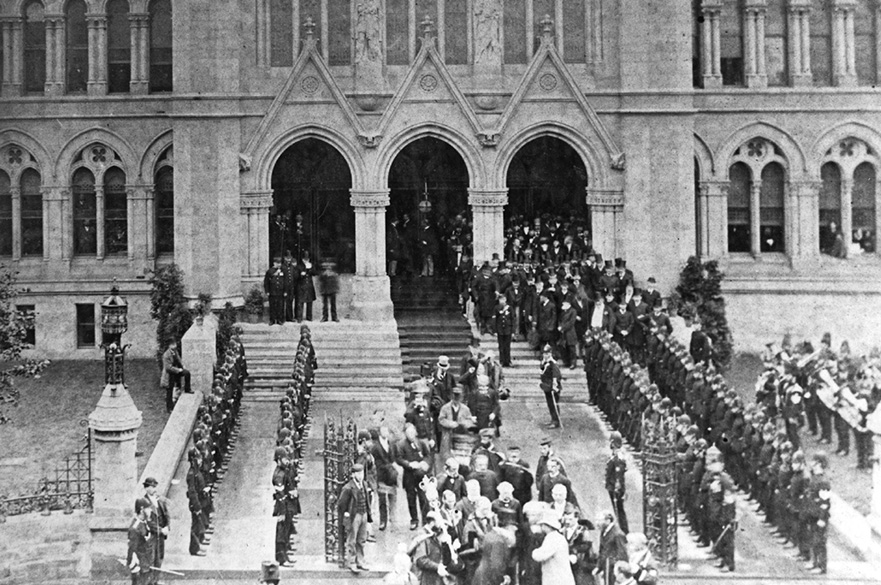 He was born in Buckingham Palace on the 7 April 1853. He was created Duke of Albany, Earl of Clarence and Baron Arklow on 24 May 1881. On 27 April 1882 in St. George's Chapel, Windsor Castle, he married HSH Princess Helene Friederike Auguste of Waldeck and Pyrmont.