Sir John Arnesby Brown (1866 – 1955) born and raised in Nottingham, was one of country’s foremost landscape painters, renowned for his idyllic scenes of the English countryside before the First World War. 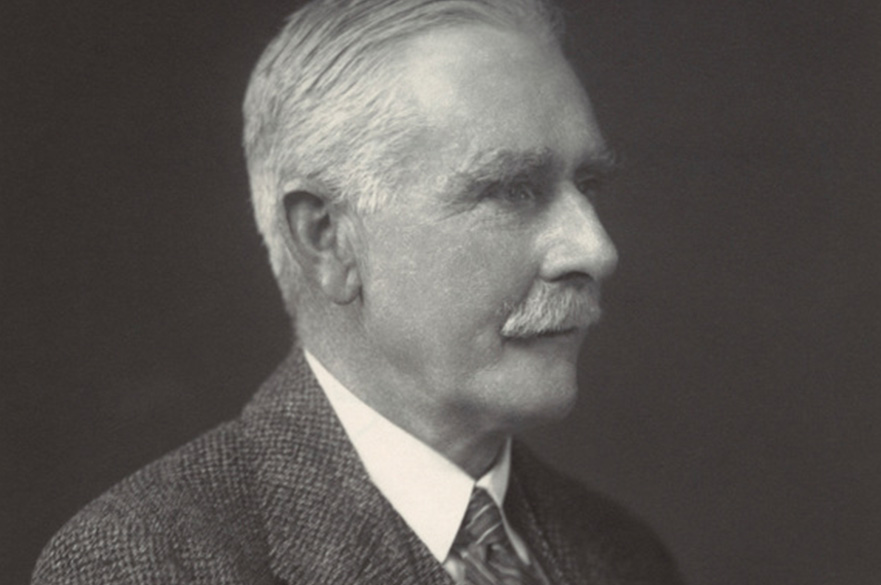 Sir John Arnesby Brown (1866 – 1955) born and raised in Nottingham, was one of country’s foremost landscape painters, renowned for his idyllic scenes of the English countryside before the First World War.

He studied at Nottingham School of Art, before moving to London where he further developed his talents under the landscape artist Andrew McCallum. In 1889, Sir John joined a new art school founded by the famous artist and pioneer of social realism in art, Hubert von Herkomer. Thriving in an environment that was less rigid than most art schools at the time, it was while here that Sir John exhibited his first painting at the Royal Academy.

After leaving von Herkomer’s school, Sir John joined the growing number of artists drawn to St Ives, Cornwall. Here he learned how to depict light and atmosphere in landscapes. By 1894 he was well established in the area and in the same year exhibited four paintings at Nottingham Castle Museum. By the turn of the century, Sir John had a growing national reputation and in 1901 his painting, Morning, was acquired for the nation and given to the Tate Gallery in London. Although he had moved away, Sir John maintained close ties with Nottingham, where his paintings were very popular. In 1912 he became President of the Nottingham Society of Artists, a post he held for 18 years. He painted many of Nottingham’s most notable people and places.

Over the next two decades, Sir John secured his reputation as a landscape painter.  From long and careful observations of his subjects, he beautifully captured the subtle mood and atmosphere of places, while retaining a spontaneity and vitality. One of his finest and most famous paintings is Full Summer, Ludlam, Norfolk which captures the essences of a hot summer day and the dappled light though the trees. Other notable works featured wide, sweeping landscapes, such as those depicted in Near Nottingham and Wells-Next-The-Sea.

Sadly, in 1931 his wife Mia died and he retired to his home in Haddiscoe, Norfolk. In 1938 he received a Knighthood, but over the next few years his eyesight deteriorated, and he was eventually left blind. In 1955, he died, aged 90. His obituary in The Times described him as a large and quiet man, yet a good companion and universally liked.