The Midland Group was a nationally significant forum of progressive and experimental visual artists based in Nottingham from its founding in 1943 to its closure in 1987. 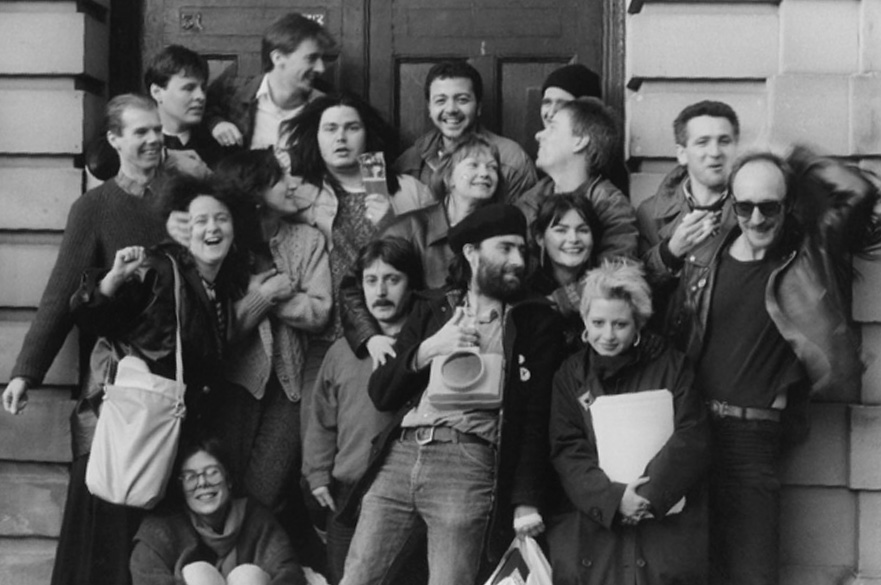 Its exhibitions and activities created new audiences for contemporary art; raised significant debates concerning education, representation, and new art forms; established networks with peer organisations within the country and connected to and fostered new currents of international art within the region and beyond.

The Midland Group of Artists’ first gallery occupied one room, at 38 Bridlesmith Gate. After several moves the group settled at 11 East Circus Street in 1961 and remained there until 1977. Throughout the sixties, it provided ‘a forum for progressive and experimental visual arts in Nottingham'.

In 1976 the group was re-formed as the Midland Art and Community Centre Ltd, although it continued to be known as the Midland Group. With the aid of a series of Arts Council grants, it relocated to new premises in the Lace Market district of Nottingham, leasing a property at Carlton Street from Nottingham City Council. The move officially took place in 1977, although the new premises only became usable in stages as various parts of the building were renovated and refurbished according to the group’s plans, creating designated spaces for administration, exhibitions, performance and cinema, as well as a roof terrace, bar and shop. The Midland Group frequently reached out to other regional arts centres around the country. Most prominent among these were Bristol’s Arnolfini Gallery and the Ikon in Birmingham.

At Carlton Street, the group continued to programme a wide range of events and exhibitions. Following its reincorporation as an art centre in 1976, a number of sub-committees were created in areas including craft, film, fine art, photography and performance. In the 1980s the Midland Group had a particularly profound effect on the development of performance and live art, its 'Performance Platform' organised by Steve Rogers, was the starting point for the National Review of Live Art. Also important to its work as an arts centre at this time was the group’s education programme, including outreach work with local schools during the 1970s and 80s.

Not only did local professional artists exhibit at a variety of locations within the city but fortunate attendees saw the works of international artists. These included artists from Argentina, Belgium, Brazil, Uruguay, Mexico, Holland and Venezuela. During the group's heyday in the 1960s (now) world famous artists such as Roy Lichtenstein, Jackson Pollock, Andy Warhol, David Hockney, Gerhard Richter, Paula Rego, Bridget Riley, Robert Mapplethorpe and the already renowned Luis Buñuel, Salvador Dalí, Marcel Duchamp and Man Ray were shown.

When the group dissolved in 1987, its New Cinema was merged with the Nottingham Film Theatre to become City Lights Cinema. Likely contributing factors to its eventual dissolution in the 1980s were government spending cuts and problematic management regimes. Although they may be a subject of intrigue, the causes of its demise do not relate directly to the work that was carried out by the group in terms of exhibitions, events and education.

The New Midland Group is an artists’ led consortium for Nottingham city made up of three independent artist studios Backlit, One Thoresby Street and Primary developing the ongoing legacy of The Midland Group