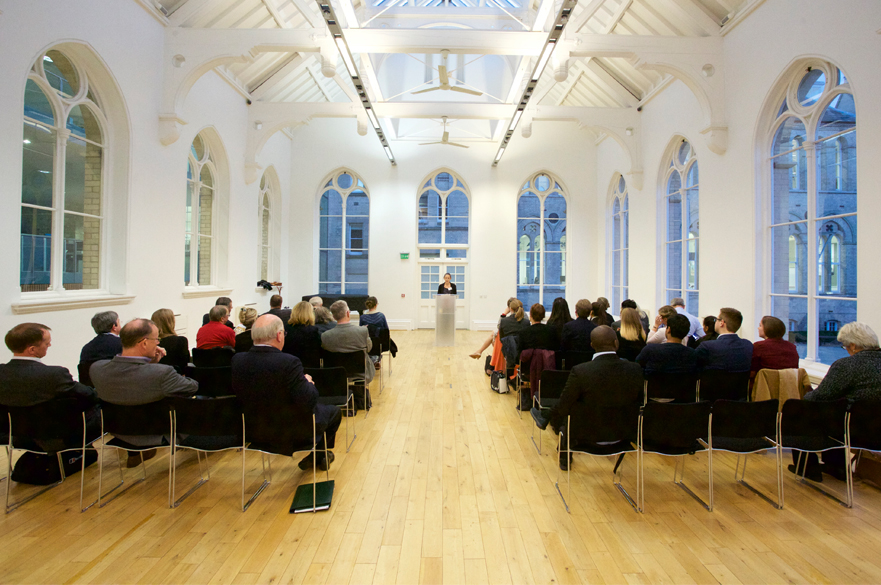 A ninety minute seminar delivered by Joan Salter, who is a PhD student at Nottingham Trent University. The subject of her talk is the life and death struggles for Jews living in France under German occupation (1940 - 1945). The focus will be on the journey of one family of Polish origins: Bronia and Isaac Jack Zimetbaum and their two daughters.

When Germany invaded France in May 1940, there were an estimated 350,000 Jews living there, of whom 175,000 were classified as foreign. Of the latter, the vast majority were of Polish origins, many of whom were long established in France. On 4 October 1940, the Vichy government passed a law authorising the regime to intern foreign Jews. The first mass arrests of foreign Jews in Paris occurred in May 1941. Deportation at this stage was limited to able-bodied males. The first roundups to include women, children and the elderly started in Paris on 16 July 1942. Couples without children, single people and "adult" children were sent direct to Drancy. A total of 8,160 Jews, including 4,115 children, were taken to the Velodrome d'Hiver (Vel d'Hiv), a sports stadium in Paris and kept there for several days while decisions were being made about who to deport. A policeman warned Bronia that she was on the list to be arrested that week.

We will follow the escape route of this family down through the occupied zone and over the Pyrenees into Spain. Fanny and Lilianne were evacuated to the USA. In 1947, the family were reunited in England. Virtually the whole of their extended family, including those living in France and Poland did not survive.

Parking is available on Clifton Campus for external visitors. Please arrive via the main gate where you will be directed by the gate staff.