‘Cheap Print and Propaganda: The role of Hispanophobia in pamphlets printed in London between 1580 and 1590’ and 'Containing the Mind: A spatial study of the City Asylum' 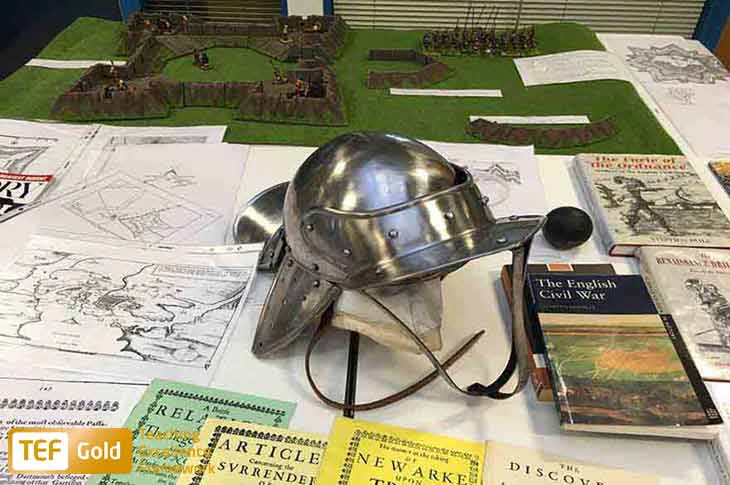 Sara Bradley presents - ‘Cheap Print and Propaganda: The role of Hispanophobia in pamphlets printed in London between 1580 and 1590’ and Carly - Emma White presents - 'Containing the Mind: A spatial study of the City Asylim'

In the first talk, Sara Bradley (NTU PGR) will discuss the role of Hispanophobia in pamphlets printed in London between 1580 and 1590.

The Reformations divided English society over issues of religious practice and post-Reformation Catholicism survived in many guises; from outright recusants who refused to attend the Reformed Church, to church papists who attended the Church of England but practiced Catholicism in private. As a result, it was difficult for the English to form an identity which was solely based around the adoption of Protestantism, one in which Catholics were the necessary ‘other’. This paper will investigate the ways in which Hispanophobia may have helped societal cohesion in the turbulent religious atmosphere following the Henrician and Marian reformations.

In 1583 Bartolomé de Las Casas’s Brevísima relación de la destrucción de las Indias was translated into English, but with a small change which may have made a big impact on its reception. The original text argued that the Christian subjugation of the inhabitants of the Americas was achieved with extreme brutality, yet the translation removed any religious aspect, instead attributing the cruelty of the conquest to the nature of the Spanish. This investigation will consider whether representations of Spaniards in the cheaply produced and accessible texts of the 1580s may have helped the English lower orders form inclusive communities in which the Spanish, rather than Catholics in general, were the necessary ‘other’ by which the English could define themselves.

The second talk  'Containing the Mind: A spatial study of the City Asylum', will be presented by Carly-Emma White (NTU PGR).

The urban environment, whether through design or necessity, shapes itself around the needs of the populous. The growth in institutional forms of management for various social maladies was a hallmark of the mid-Victorian period onwards. Workhouses, reform schools, prisons, asylums and hospitals were built on a national scale not seen before. The asylum system, bolstered by the 1845 Lunatics Asylum Act, which mandated the building of county asylums, grew consistently thought out the century. Demand often outstripped capacity well into the early decades of the 1900s.  The popular image of the nineteenth-century lunatic asylum is one of institutional cruelty and paternalistic control. Furthermore, in contemporary consciousness there persists a myth of  a progressive movement away from the containment of the mentally ill as the twentieth-century progressed. It is widely believed that we moved away from the control and containment of those of mental ill health. As we near the end of the second decade of a new millennium, health care is presumed to be in a constant state of improvement and innovation. The asylum is a thing of the past; converted into housing, offices or just demolished altogether.

This paper seeks to challenge the idea that the space in which mental health care is provided has ceased to be a location of control and restriction. Where the asylum is understood to be the location in which the mentally ill are cared for and prevented from doing harm to themselves or others, it cannot be seen to have declined as a spatial form. Through the examination and comparison of statistical data from 1900-1915 and 2000-2015, focusing especially on the treatment of women in Nottingham City, the case is made for the idea that the spatial site of the asylum has expanded. Furthermore, that the mentally ill have little more agency over their own care than they did 100 years ago.

Parking is available for external visitors on the Clifton Campus. Please arrive via the main entrance where you will be directed by the gate staff.