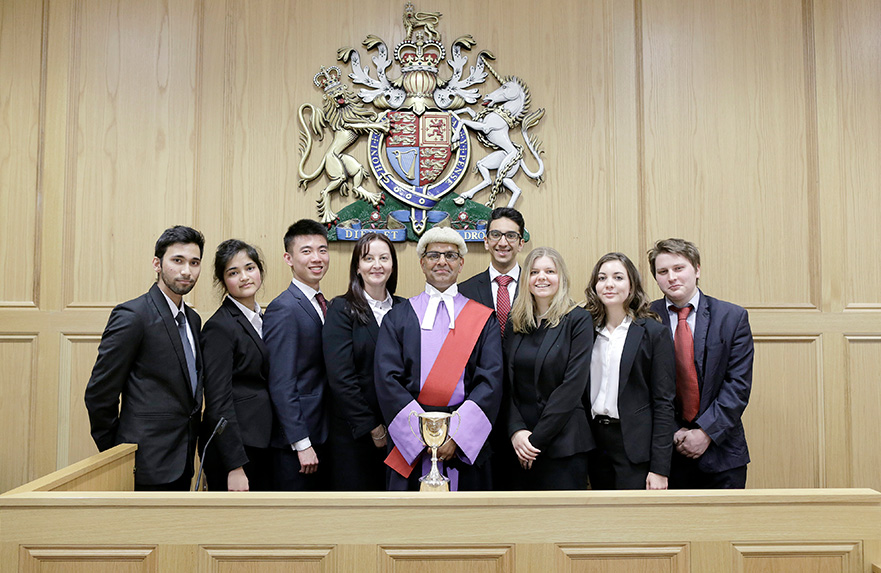 The annual Advocacy Cup is an inter-varsity advocacy competition held in the courtrooms at Nottingham Law School.

Two teams compete against one another in a mock jury trial, which lasts around two hours.

The winner of the competition will be the team who present their case in the most competent manner. A jury consisting of Nottingham Law School Bar Professional Training Course (BPTC) students reaches the verdict.

The Advocacy Cup is an inter-varsity advocacy competition held in Nottingham Law School’s purpose-built courtrooms. No1 High Pavement Chambers and King Charles House Garden Square Chambers, both based in Nottingham, support the competition.

Teams from four universities take part in two separate jury trials, each attempting to lift the Advocacy Cup in their match.

The teams comprised of four advocates each designated a particular role in the trial process; one team prosecutes the case, the other defends.

Visit www.ntu.ac.uk/nlsnews to read about the previous Advocacy Cup competitions.