Concussion and head trauma in sport 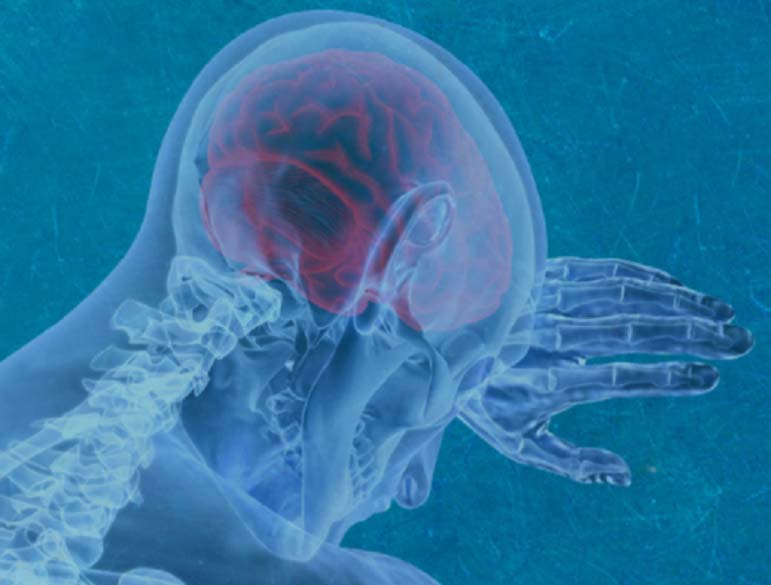 Join NTU Sport for the 2018 Concussion Symposium. Leading experts in the field will be joining the event to share their perspective on one of the most common injuries in the sporting world.

NTU Sport, along with more than ten guests, will take attendees through the recognition, assessment and rehabilitation processes, as we strive towards the gold standard management of concussion in sport, and will be happy to answer any questions throughout the day.

This event is ideal for medical and sporting professionals who are likely to come into contact with concussion, or will play a part in reducing and managing risk.

Mike Whichello is the Head of Physiotherapy at Nottingham Trent University. His focus over the past nine months has been to develop a completely new Physiotherapy provision to service performance sports athletes across a number of sports. One of his main focuses as part of this role has been to devise and implement a robust concussion pathway for all athletes, across all levels of all University sports. This has been guided by the various NGB protocols GRTP pathways, as well as considerations of performance lifestyle support, and academic support.

Dr Dean Chatterjee is club doctor for Notts County Football Club. He runs CPD sessions on match day as well as providing experience and insight into the role of a club doctor to medical students and junior doctors with an interest in Sports and Exercise Medicine. He is also involved with England athletics, British Gymnastics and is a classifier for British Paracycling. He has a keen interest in concussion and management in sport.

Melissa Roe is an Occupational Therapist, Melissa has worked within Nottingham University Hospitals in various clinical areas. For the last 10 years she has worked within neurology, both within the acute setting, inpatient rehabilitation and community setting. Currently I work for the Nottingham Traumatic Brain Injury Service based at Nottingham City Hospital and provide rehabilitation to survivors of brain injury. Her work includes increasing independence in life skills, cognitive rehabilitation and vocational rehabilitation. She has been recruited as a ‘Health and Work champion’ which is part of a national project by public health England and the Royal College of Occupational Therapists to promote people with disabilities sustain employment. Melissa is a board of trustee member for Nottingham Headway.

Dr Mike Rossiter is a Consultant in Sport and Exercise Medicine (SEM) & MSK Lead at Hampshire Hospitals NHS Foundation Trust. He has worked with a variety of professional sports, including CMO for GB Hockey, attending three Commonwealth and three Olympic Games (including the Gold medal for the Women at Rio 2016) as well as European and World Cups as the team doctor. He has been club doctor at London Irish, Southampton FC and CMO for GB Synchronised Swimming and worked as a Sports Physician for the English Institute of Sport, at Bisham Abbey, for 9 years, treating elite able-bodied and disabled athletes across many sports. He is one of the match day doctors at Twickenham covering immediate care for the players or as one of the independent match day doctors for concussion (including the Rugby World Cup final in 2015), tutor on the RFU’s Pre-Hospital Immediate Care in Sport Course and independent match reviewer for concussive events in Rugby from Premiership to International matches.

Ian Gatt is a senior practitioner with the English Institute of Sport and Lead Physiotherapist for GB Boxing having provided services throughout the London 2012, Rio 2016 and current Tokyo 2020 Olympic cycles. Ian is a visiting lecturer at UCL and has been an associate lecturer at SHU where he is also currently undergoing a PhD in Wrist Bio-mechanics.

Dr Patrick O’Halloran is a GP and Sport and Exercise Medicine Registrar based in the West Midlands. He is currently taking time out of his clinical training to work as a Research Fellow at the University of Birmingham under Professor Tony Belli. His research is focused on the utility of salivary and urinary MicroRNA markers in Sport Related Concussion. He has previously worked with several rugby union clubs and now works at the Wolverhampton Wanderers FC Academy.

Dr Chris Tomlinson is a Senior Sports Physician at the English Institute of Sport. He is Chief Medical Officer to British Gymnastics, and works in the NHS as a SEM Consultant. He has 14 years’ experience in professional football.

The event will be taking place at the Conference Centre in the city, and unfortunately there is no on-site parking.

However we encourage attendees to use the Trinity Square Car Park, N Church Street, which is just a two-minute walk away.