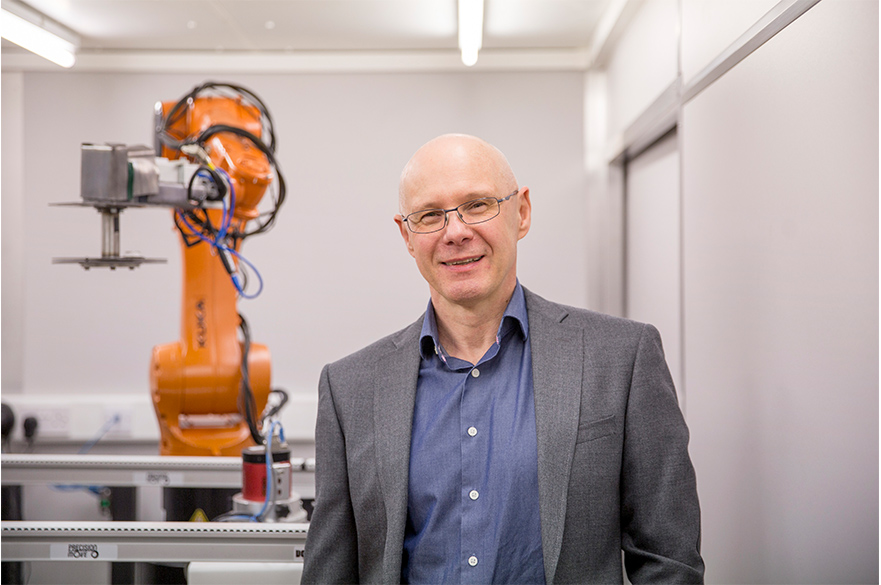 What has 3D X-ray imaging research ever done for you? This lecture explores how X-ray imaging science can reveal the true nature of materials buried in 3D images.

Paul is Distinguished Professor of Applied Imaging Science and Head of the Imaging Science Group at NTU. He is a Chartered Engineer and has a Doctorate in 3D X-ray Imaging.

His research has pioneered technological advances into material specific, 3D X-ray imaging and its exploitation in security screening, which has substantially increased the safety of the travelling public. The high impact of Paul’s work is characterised by a series of innovative solutions to hitherto intractable X-ray imaging problems, usually in the domain of luggage screening for explosives and contraband detection. He invented and led work in the early 2000s, funded by the UK Home Office and the US Government, for the development of a new compact and cost effective form of 3D X-ray imaging. His work on multi-beam scanners became a de facto standard for the Advanced Technology class of security X-ray scanner, with an installed global base of around 4,300 machines.

Paul was awarded the highly prestigious Institute of Physics (IOP) Dennis Gabor Medal and Prize for the Industrial Application of Physics in 2017, which places him amongst a list of world-renowned inventors, scientists and engineers. He was also the winner of the Times Higher Education (THE) prize for Outstanding Contribution to Innovation and Technology in 2016.  The impact of his research group spearheaded The Queen’s Anniversary Prize for Higher Education, entitled ‘Safety and Security of Citizens’, awarded to NTU in 2015 for world class research.

He was personally invited to serve as a Member of a National Panel of Experts: Government Office for Science by the Government Chief Scientific Adviser (GCSA).

Paul is currently the Principal Investigator of a $5m research contract to NTU to develop a radical new type of X-ray scanner that can identify materials from their molecular fingerprint in 3D scans. He is the founding Director of HALO X-ray Technologies Ltd created to commercialise this technology.