“Do they say what they do and do what they say?” A reflection on politicians and public policy makers 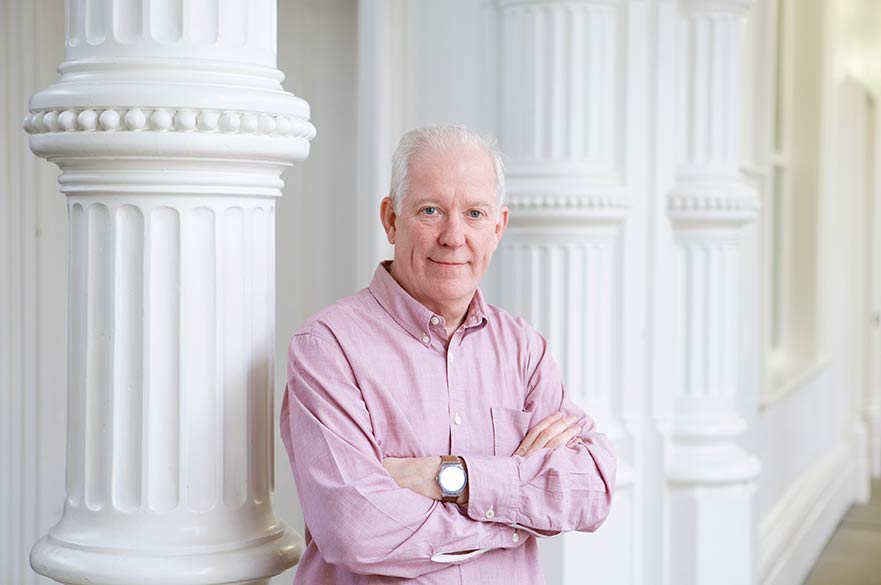 In his inaugural lecture, Professor Murphy will reflect on the development of public policy, the delivery of public services and the assurance provided to the public that public money is being well spent. Focusing on locally delivered public services in the UK over the last 40 years, he will adopt the auditor’s old adage ‘do they say what they do? and do they do what they say?’

Appointed as the first ‘Professor of Teaching and Practice’ at NTU he will draw on his experience in practice and show how this continues to influence his research at the University.

“Do they say what they do and do what they say?” A reflection on politicians and public policy makers.

After an introduction to his previous experience in practice within local government, and the civil service, this lecture will briefly look at the conceptual components that have come to characterise ‘national frameworks’ or ‘performance management regimes’ for locally delivered public services in the UK.

Pete will draw on the four largest and most significant local services in Health, Local Government, Police and the Fire and Rescue Services, and demonstrate how he and his collaborators evaluate their performance, as well as the adequacy of the frameworks that are meant to support the continuous improvement of these key public services.

Professor Murphy is Professor of Public Policy and Management and Head of Research at Nottingham Business School, Nottingham Trent University. He is Vice Chair (Research) of the Public Administration Committee of the Joint Universities Council, and a member of the Advisory Board of the Centre for Public Scrutiny.

Prior to joining Nottingham Business School in 2009, Professor Murphy was a senior civil servant in four Whitehall departments for nearly 10 years. During that time, he was also a director of the Government Office for the East Midlands and a Non-Executive Director of a number of NHS Trusts. He undertook over twenty high-level reviews across central government for the Treasury and the Prime Minister’s Office into major government programmes that were considered in danger of failing or resulting in significant cost overruns to the public purse. He also was appointed the ‘Lead Official’ responsible for the intervention and strategic turnaround of local authorities and other public bodies considered in danger of failing or significantly underperforming in their duties and responsibilities.

Pete attended Leicester University and Nottingham University in the 1970’s where he took a Bachelor’s degree in Social Sciences and a Master’s degree in Environmental Planning. He started work as a Planning Trainee/Community Development Officer on London overspill estates in Bedfordshire in 1977 and worked in Derbyshire and Nottinghamshire before becoming Director of Planning, Recreation, Economic Development and Estates at Hinckley & Bosworth Council in Leicestershire in 1987.  In 1996 he became Chief Executive of Melton Borough Council in Leicestershire, and the Returning Officer for the Rutland and Melton Parliamentary Constituency.

Since joining Nottingham Business School his research has focussed on public policy, public assurance and the governance, scrutiny and value for money arrangements of locally delivered public services. He established the International Journal of Emergency Services and has published over a hundred peer reviewed journal articles, professional journal articles, books, book chapters and research reports since joining NBS.