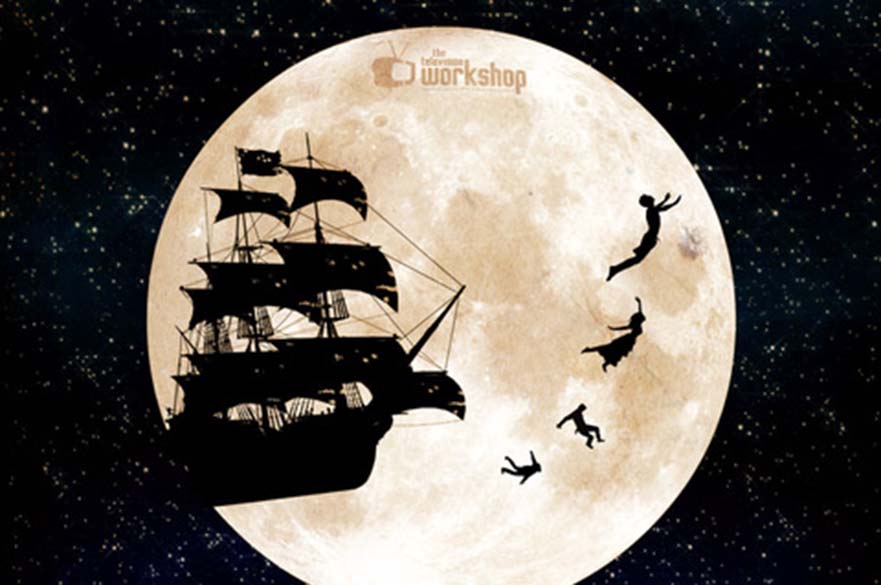 To celebrate the 25th year of Confetti, The Television Workshop brings their brilliant brand of theatre to the box-fresh Nottingham venue, the Metronome. And it’s the first theatre production there!

To celebrate the 25th year of Confetti, The Television Workshop brings their brilliant brand of theatre to the box-fresh Nottingham venue, the Metronome. And it’s the first theatre production there!

Wendy is off to Neverland with Peter Pan and her brothers for an “awfully big adventure”. She’ll battle the cunning Captain Hook and his pirate crew, deal with a feisty fairy called Tink, and try to sort out the Lost Boys. She’ll have to be brave and strong and patient, and not be distracted by the playful Peter Pan! The most important thing is to find her little brother and fix her family.

The much-loved story of Peter Pan is excitingly reimagined by The Television Workshop performing the RSC version. There’s all the old favourites – but with a fresh twist. It’s a play about being a kid and growing up. It’s a play that appeals to both kids and grown ups with some sad bits, some crazy bits, some magical bits, some slightly scary bits, and some bits so blummin’ exciting that you’ll be on the edge of your seats!

Visit the Metronome website for tickets and more information.