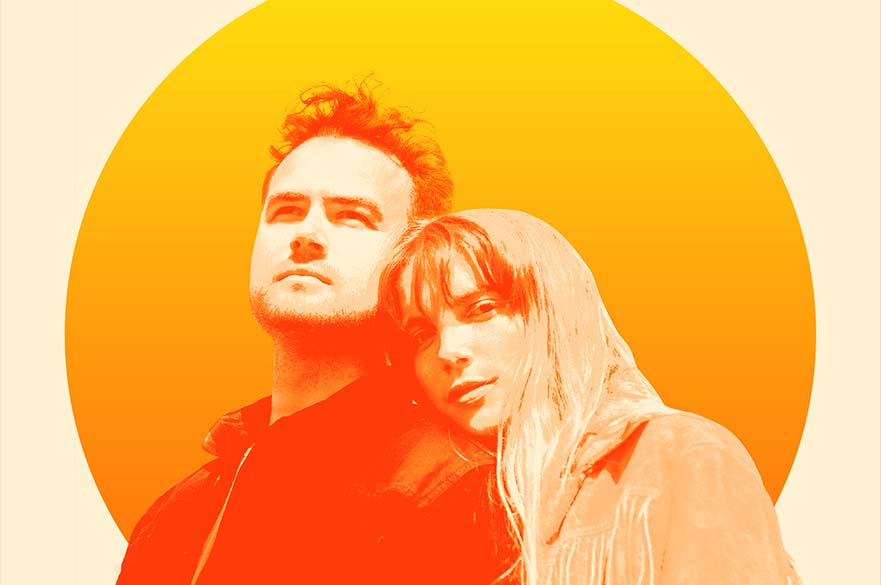 Ferris and Sylvester make music that sits somewhere between Jack White and First Aid Kit with rave reviews from Rolling Stone and the Guardian. The critically acclaimed duo sold out their first UK tour earlier this year and can even call Robert Plant a fan.

'A masterpiece of Brit Folk.”- Mojo

Ferris and Sylvester make music that sits somewhere between Jack White and First Aid Kit with rave reviews from Rolling Stone and the Guardian. The critically acclaimed duo sold out their first UK tour earlier this year and can even call Robert Plant a fan.

Determined to get their music out there and with next to no budget, the duo recorded and self-produced their ‘Made In Streatham’ EP (Feb 2018), in the kitc­­­hen of their South London flat. Released through their own label the EP has clocked up millions of streams on Spotify, risen to No.1 on the iTunes Singer-Songwriter chart and received widespread acclaim.

For an act who haven’t released their debut album yet they’ve achieved a lot. NPR Music featured the act in ‘Artists to watch at SXSW festival’, The Independent named them their Artist of the Week, and they’ve already recorded a prestigious Maida Vale session aired on BBC 6 Music and BBC Radio 2.

Named in Rolling Stone Magazine as one of the Top Ten New Country Artists to Watch they were also nominated for Best Songwriter as well as Best Folk/Country Act at the Unsigned Music Awards.

Their debut EP ‘The Yellow Line’ was the first signing to legendary producer Youth’s new publishing company- who has worked with Paul McCartney and The Verve.

In February 2019 they sold out their first UK tour. Make sure you watch this act now before they play much bigger venues.

“Their blend of country & rambunctious rockabilly is beautifully delivered.’ – The Independent
‘Rage ridden brilliance. One of the best songs of the last five years.’ – Sarah Gosling, BBC Introducing