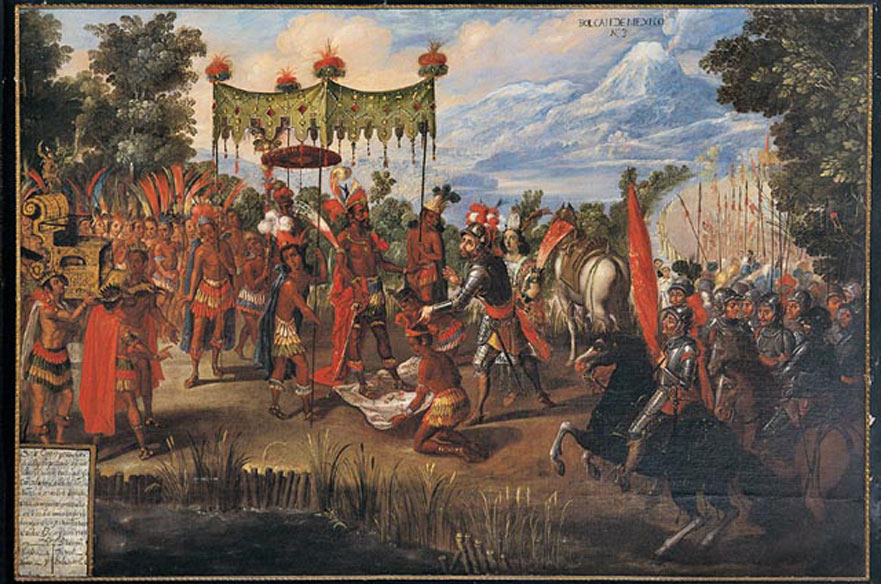 The 3 speakers will be delivering a lecture of approximately I hour (20 minutes each) on different aspects of the significance of the 500 year anniversary, followed by a q&a and reception for further questions/networking opportunities.

On 8th November 1519, Hernán Cortés and Moctezuma Xocoyotzin met for the first time, and less than two years later, in August 1521, the Spanish had completed their conquest with the aid of thousands of native auxiliaries who fought against the Aztecs. While this anniversary is being commemorated in Spain, Mexico have requested an apology from its former colonial master for the atrocities committed against its indigenous population. As such, this anniversary, and the subsequent anniversaries that will be remembered in the run up to the end of the siege of Tenochtitlán have very different connotations depending on your point of view.

500 years on, this guest panel aims to interrogate the contentious nature of historic anniversaries; the significance of this meeting for the Aztecs and other indigenous Mexicans, and its importance for the Spaniards and the narrative that it would help create. The guest speakers are: public historian, author and historical adviser for Horrible Histories, Greg Jenner; the UK’s leading Aztec specialist, Dr Caroline Dodds Pennock, and NTU History’s Dr Amy Fuller, who has published and lectured on the Conquest of Mexico.

Sponsored by the Centre for the Study of Religion and Conflict.