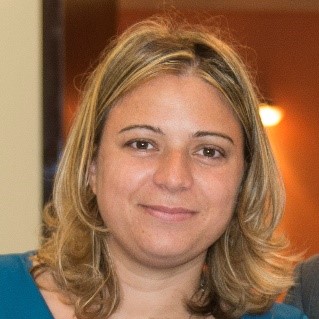 Neuroprostheses are devices that have an interface with the nervous system and supplement or substitute functionality in the patient's body. In the collective imagination, neuroprostheses are primarily used to restore sensory (e.g. acoustic or visual neuroprostheses) or motor capabilities (e.g. artificial limbs), but in the recent years new devices to be applied directly at the brain level are taking place. The idea is to use them to treat the neuronal injury in the brain, where the damage is actually located, and to promote brain plasticity in order to speed up the recovery process. The methodology behind this technological development requires to know how the neural dynamics is affected by the lesion and whether and how electrical stimulation can reshape or restore the original behaviour, both on a short and a long term perspective. To respond to these and related questions, more than 10 years ago researchers have begun to explore the possibility to create ‘neurohybrid’ systems (in vitro and in vivo) at the interface between neuroscience and robotics, thus providing an excellent test bed for modulation of neuronal tissue and forming the basis of future bi-directional Brain Machine Interfaces and Prostheses. The first-ever in vitro closed-loop system consisted of a lamprey brainstem bi-directionally connected to a small wheeled robot. Inspired by that and other pioneering studies, a bi-directional system involving neocortical networks grown on Micro Electrode Arrays (MEAs) and a small robot was developed and tested in my lab. More recently, a closed-loop paradigm was also exploited to develop the proof of concept for an in vitro ‘brain-prosthesis’, aimed at restoring damaged neuronal connections. Within this framework, I will show the results from two projects. I will start by presenting the development and the results related to the European project BrainBow, whose final goal was to restore the communications between damaged neuronal networks. Then, I will present recent results related to closed-loop paradigms for brain repair in vivo, focusing on how different types of stimulation can affect the neural activity. Further developments and applications in the fields of neurorehabilitation and neurorobotics will be briefly introduced and discussed.

M. Chiappalone graduated in Electronic Engineering (summa cum laude) in 1999 and obtained a PhD in Electronic Engineering and Computer Science from University of Genova (Italy) in 2003. In 2002 she has been visiting scholar at Northwestern University in Chicago (USA). After a Post Doc at the University of Genova, in 2007 she joined the Istituto Italiano di Tecnologia (IIT) as a Post Doc. In 2013 she got a Researcher position in the same Institution. In 2015 she has been Visiting Professor at Kansas University (USA), hosted by Prof. RJ Nudo. From 2012 to 2015 she has been Coordinator of the FET Open European project BrainBow, judged excellent. In 2018, she joined the Rehab Technologies Lab of IIT to coordinate the neuroengineering group. She authored 63 Journal publications, more than 60 peer-reviewed Conferences contributions and she gave more than 60 scientific talks at International/National Conferences and Research Institutions. She is also Editor of 2 Books.

This seminar is hosted by Mufti Mahmud