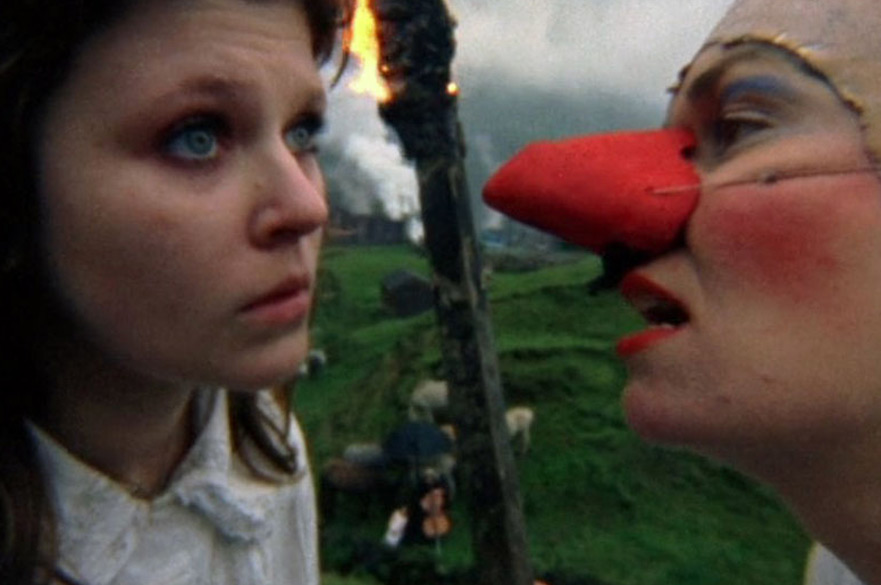 The Other Film Club presents The Other Side Of The Underneath (1972), the only British feature film to have been directed by a feminist during the 1970s. Directed by Jane Arden, this powerful film explores the mind of a young woman diagnosed as a schizophrenic. Alleged madness is found to be an act of social oppression.

The Other Film Club presents The Other Side Of The Underneath (1972), the only British feature film to have been directed by a feminist during the 1970s. Directed by Jane Arden, this powerful film explores the mind of a young woman diagnosed as a schizophrenic. Alleged madness is found to be an act of social oppression.

One of the most outspoken and radical feminist voices in British Theatre and cinema in the 1960s and 1970s, Arden has since been virtually silenced by her near-invisibility: her books long out of print, her plays unperformed, and her films unscreened until recently.

This event is the second in a series of screenings and discussions organised by The Other Film Club that forms research into the radical feminist and experimental filmmaker Jane Arden (1927-1982). The series is hosted by Paul Bryan, an MFA Fine Art student at Nottingham Trent University (NTU), with the support of Nottingham Contemporary, and in collaboration with Bonington Gallery. Paul will be joined in conversation with Susan Croft from Unfinished Histories. This event is a collaboration with the public programme for Waking the Witch: Old Ways, New Rites, hosted by Bonington Gallery from 27 September to 16 November 2019.

An introductory performance by NTU's recently graduated fine art students exploring Arden’s poetry and prose will be followed by an in-conversation between Susan Croft and Paul Bryan for exploring Arden’s artistic practice following the screening.

Please note this film has an 18 certificate and contains explicit sexual images and nudity.

The Other Film Club is a screening programme organised by Paul Bryan that has previously screened films regarding the practices of Sarah Lucas, About Sarah (2014) directed by Elisa Miller, I Don’t Belong Anywhere: The Cinema of Chantal Akerman (2015), directed by Marianne Lambert, and Penny Slinger Out Of The Shadows (2018), directed by Richard Kovitch.

If you would like to attend this event, please RSVP to confirm your attendance.

Jane Arden (1927-1982) was a Welsh film director, actress, screenwriter, playwright, songwriter and poet. The late 1960s and early 1970s saw Arden cementing her reputation as one of Britain’s leading feminist voices with such films as Separation (1967) and Anti-Clock (1979), the multimedia play Vagina Rex and the Gas Oven and A New Communion for Freaks, Prophets and Witches’ born out of the Theatre group set up by Arden called Holocaust. In 2009, her three films Separation, Anti-Clock, and The Other Side of the Underneath were restored and re-released by the BFI.

Susan Croft is a writer, curator, dramaturg, performance archive consultant and historian with special interests in women playwrights, black and Asian theatre in Britain, live art and new writing for performance. Unfinished Histories was established in 2006 by Croft and Jessica Higgs with the aim of recording the history of British alternative theatre between 1968 – 1988.

Image: Jane Arden, The Other Side of the Underneath, 1972. Courtesy BFI