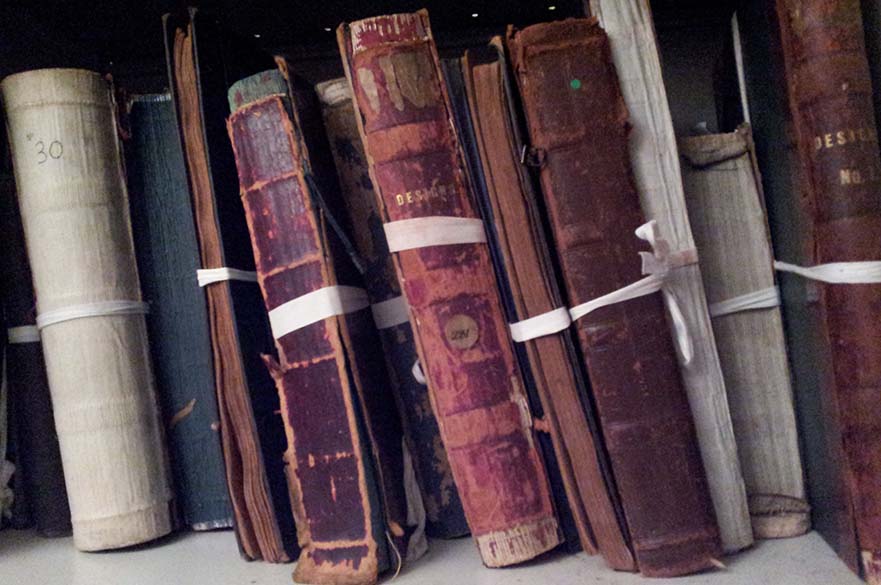 Lace, a fabric composed of thread surrounding holes, it is simultaneously both ubiquitous and symbolically ritualised.  Its visual and tactile delights dominate our perceptions of this beautiful and complex fabric. Researchers at Nottingham Trent University have been considering ways to look beneath the surface and the connotations of lace to reveal new perspectives on this unique fabric. This event will present two ongoing projects which are interrogating lace to reveal new stories to enrich our understanding of its relationship with global trade and networks.

This event will present two ongoing projects, which are interrogating lace to reveal new stories to enrich our understanding of its relationship with global trade and networks.

The first project is focused on samples of coloured lace found in the archive at NTU, which by using both established and novel scientific methods is aimed at discovering the composition of both the dyes used and the yarn types found in Nottingham lace in the late 19th and early 20th century.  The aim being to identify the origins of the raw materials and place this evocative fabric into the matrix of the supply chain of this period.

The second project aims are to tell the story of lace from raw materials to disposal, reuse, or archiving, focusing upon the mechanisation of lacemaking which enabled the use of cotton thread, setting the city on course to become the centre of an international network through which raw materials, design ideas, technological advances, and finished goods were exchanged. Nottingham was thus connected to the cotton plantations of the US South, upon which Britain remained heavily reliant for raw cotton throughout the nineteenth century, but it also relied heavily on US and colonial connections for the export of finished lace. This talk highlights some of the questions raised in this project about the meanings of lace at these various points in its lifecycle, and the ways in which it could express, resist, or reinforce different aspects of the identities of those who worked with or used it.

The first talk will be presented by Amanda Briggs-Goode who is professor of Textiles and whom has worked on research projects focused on Nottingham lace and textile heritage including a recent Heritage Lottery Funded project ‘Textile Tales’ https://www.textiletales.co.uk. Having worked with the Nottingham Trent University Lace Archive for more than a decade she has published about lace and archives in: Lace: Here: Now, 2013, Crafting Anatomies: Archives, Dialogues, Fabrications, 2020. Dr. Sotiria Kogou will discuss the non-invasive techniques and the initial findings of this project and is a Research Fellow for the Imaging & Sensing for Archaeology, Art history & Conservation (ISAAC) Group in the School of Science and Technology.

The second presentation will be shared between Steven King, who is professor of Economic and Social History. He has conducted a number of large-scale research projects in the area of textile history, touching on areas such as corsetry, textile workers and textile work, embroidery and madness, concepts of nakedness and the dress of the poor. As well as the NTU Lace End to End project he is currently working (with Peter Jones and Karen Thompson, University of Glasgow) on a project to analyse the textile composition, weave, dyeing and functionality of the only surviving set of workhouse textile samples from the nineteenth century. Alongside Steven will be Dr Ruth Mather who is a Research Assistant in the Department of History, Languages, and Global Cultures at Nottingham Trent University. She is currently researching the global history of Nottingham lace from the late eighteenth-century to the present day, considering issues of power, identity, memory and meaning.