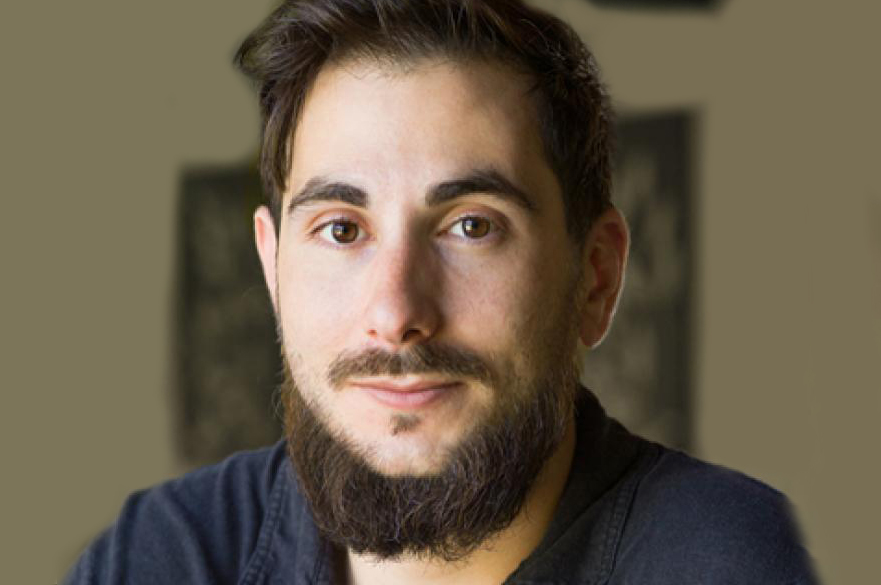 Raised in Abu Dhabi, by an Iranian father and Italian mother, André Naffis-Sahely’s work is informed by his travels and his cultural inheritance. His work has been described as clear-eyed, emotionally charged and infused with an acute sense of justice. The Los Angeles-based poet will be talking to Rory Waterman and Eve Makis about his life, travels, world view and writing practice.

While half the world swept west,
we trickled eastward, one by one,
single-file, like fugitives. Next stop:
Abu Dhabi, where my father had a job,
and money, for the first time in years . . .

This free online talk will be followed by an hour-long writing workshop led by André on cultural recipe poems.

This event is part of Formations, an ongoing public events programme from Bonington Gallery and NTU's Postcolonial Studies Centre in response to Black History Month and the Decolonisation Agenda. Find out more about upcoming Formations events.

André Naffis-Sahely is a poet, editor and translator whose many publications include two collections, The Promised Land: Poems from Itinerant Life (Penguin Books, 2017) and High Desert (Bloodaxe Books, 2022), and a pamphlet, The Other Side of Nowhere (Rough Trade Books, 2019). He edited The Heart of a Stranger: An Anthology of Exile Literature (2020) and is editor of Poetry London. He has translated over twenty titles of fiction, poetry and nonfiction, including works by Honoré de Balzac, Émile Zola, Alessandro Spina, Abdellatif Laâbi, Frankétienne, Ribka Sibhatu and Tahar Ben Jelloun. Several of these titles were selected as 'books of the year' by NPR, The Guardian and Financial Times.

He grew up in Abu Dhabi, but was born in Venice to an Iranian father and an Italian mother. He has taught at Whittier College, Occidental College, and University of California, Los Angeles, where he was the Author in Residence. He is a Visiting Teaching Fellow at the Manchester Writing School in the UK, and a Lecturer at University of California, Davis in the US. He is married to writer Zinzi Clemmons.

Rory Waterman’s full-length collections, all published by Carcanet Press, are: Tonight the Summer’s Over (2013), which was a Poetry Book Society Recommendation and was shortlisted for a Seamus Heaney Award; Sarajevo Roses (2017), which was shortlisted for the Ledbury Forte Prize for Second Collections; and Sweet Nothings (2020). He is also a critic for the TLS, PN Review and other publications, and has published several books on modern and contemporary literature. He co-edits the pamphlet press New Walk Editions. Rory was born in Belfast in 1981, and grew up mainly in Lincolnshire. He has a BA in English and PhD on twentieth-century poetry from the University of Leicester, and an MA in English Studies from Durham University. Since 2012, he has worked at Nottingham Trent University, where he is Associate Professor of Modern and Contemporary Literature, leads the MA in Creative Writing, and convenes the Nottingham Creative Writing Hub. Author website: www.rorywaterman.com.

Eve Makis is the author of four novels, a life-writing guide and an award-winning screenplay. She’s recipient of the Young Booksellers International Book of the Year Award and the Aurora Mardiganian Gold Medal, her works shortlisted for the East Midlands Book Award and the Jerwood Fiction Uncovered Prize. She teaches fiction on the MA Creative Writing course at Nottingham Trent University.