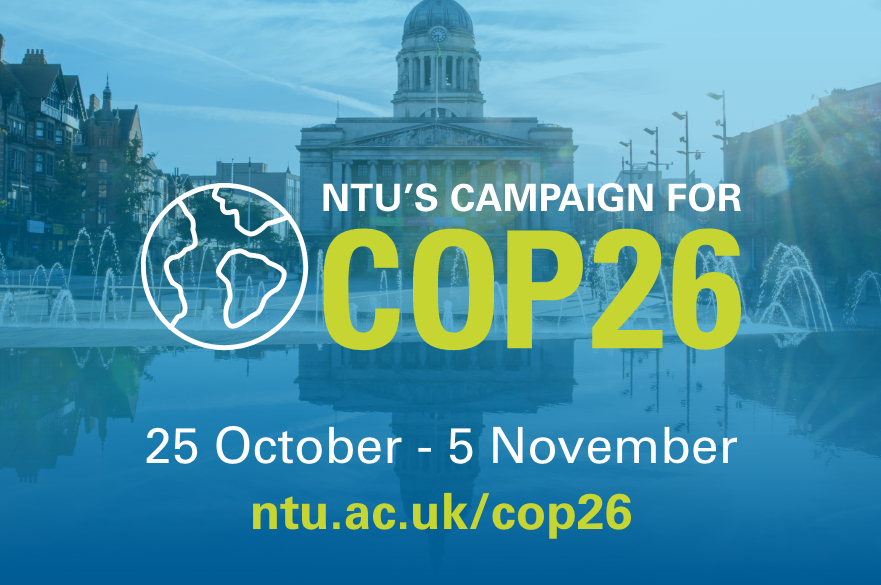 This session is part of the NTU Campaign for COP26 'Learn Over Lunch' Series - Join NTU experts over lunch to explore the research behind the headlines of the UN COP26 Climate Change Conference. Everyone is welcome - students, staff, external friends and colleagues.

Climate change has become a social issue of great concern globally (Dziminska et al., 2021; Hornsey, 2021). Such changes in global temperatures are part of the wider environmental crisis that has seen mass social action take place across the world in recent years (Arya and Henn, 2021; Pickard et al., 2020).  In addressing these global issues at a local level, Nottingham has been reducing carbon dioxide and other greenhouse gas emissions for well over a decade. However, Nottingham City Council (NCC) recognises that large scale changes still need to be made - globally, nationally and locally - in order to address these potentially devastating consequences for humanity.

This paper is based on longitudinal qualitative research carried out as part of a collaborative project between a team of researchers at Nottingham Trent University and officers from NCC. It is part of a co-designed impact-led project aimed at contributing to the shaping of Nottingham’s Carbon Neutral 2028 Charter and its associated Carbon Neutral Nottingham 2028 Action Plan (CN28). Its primary aims are to investigate public awareness of CN28 and to test ideas designed to change residents’ environmental behaviours to more closely align with CN28.

The paper presents an analysis of the findings from the first stage of the project, which involved four deliberative focus groups conducted in May 2021 with 35 Nottingham residents aged 25 and over. The findings suggest that residents were typically very concerned about environmental issues yet felt relatively uninformed about such matters. They also invested little trust in national governments and global institutions in terms of their motivations, plans and capacities for tackling the climate crisis. Instead, they felt that local-level initiatives and individual actions offered a possible pathway to address climate change.

This is an online event hosted by Green Academy via Microsoft Teams. Join the event here.