Formations: Critical Responses to Documentary Film In My Blood It Runs (2019) 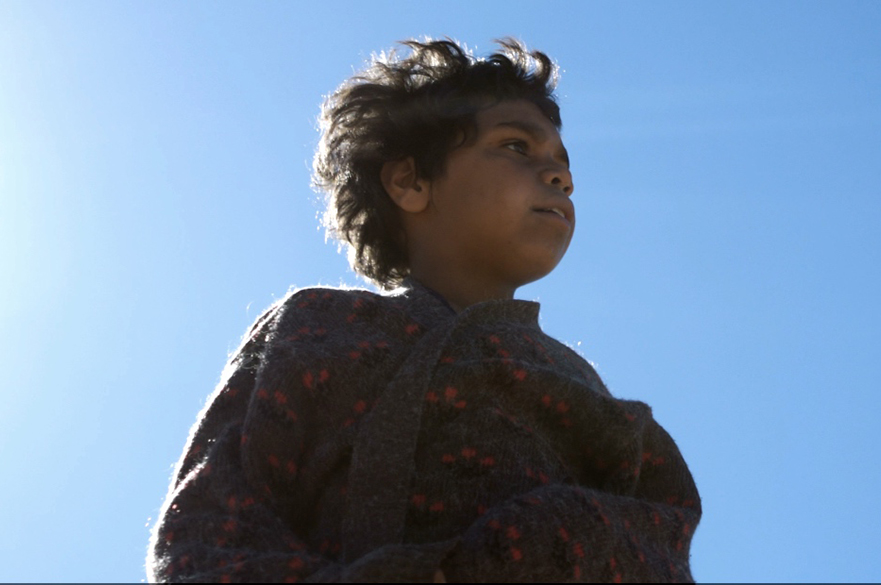 Join Bonington Gallery for a free, in conversation event online to discuss critical responses to In My Blood It Runs (2019), a documentary film directed by Maya Newell that follows the story of an Indigenous child growing up in Australia. This event is part of Formations, an ongoing public events programme in response to Black History Month and the Decolonisation Agenda.

Join Bonington Gallery for a free, in conversation event online to discuss critical responses to In My Blood It Runs (2019), directed by Maya Newell. With Dani Louise Olver (NTU), Ngahuia Harrison (University of Auckland), and Valentina de Riso (NTU).

In My Blood It Runs is a collaborative documentary that illustrates what it means to grow up as an Indigenous person in Australia through the story of Dujuan Hoosan, a ten-year-old Arrernte healer living in Alice Springs. Dujuan’s wisdom is cherished by his family and tribe, but he struggles in school and faces increasing surveillance from the child welfare and the police.

Ten-year-old Dujuan is a child-healer, a good hunter and speaks three languages. As he shares his wisdom of history and the complex world around him we see his spark and intelligence. Yet Dujuan is ‘failing’ in school and facing increasing scrutiny from welfare and the police. As he travels perilously close to incarceration, his family fight to give him a strong Arrernte education alongside his western education lest he becomes another statistic. We walk with him as he grapples with these pressures, shares his truths and somewhere in-between finds space to dream, imagine and hope for his future self.

In My Blood It Runs was shot in Mparntwe (Alice Springs), Sandy Bore Homeland and Borroloola Community, Northern Territory, Australia over three and a half years. However the director Maya has been making films alongside Arrernte Elders and families at two Arrernte-led NGOs, Akeyulerrre and Children’s Ground for over a decade preceding the inception of this film. In My Blood It Runs rose organically from those relationships, and the film team want to acknowledge the deep trust and support from these core partner organisations who backed the telling of this story.

This event is part of Formations, an ongoing public events programme from Bonington Gallery and NTU's Postcolonial Studies Centre in response to Black History Month and the Decolonisation Agenda. Find out more about upcoming Formations events.

(Ngātiwai, Ngāpuhi, Ngāti Pukenga, Pākehā) Ngahuia Harrison is an artist and researcher who moves between Auckland and Whangārei. She is currently a doctoral candidate at Elam School of Fine Arts and the James Henare Māori Research Centre, University of Auckland. Working with different lens-based media including a 4x5 large format camera, Harrison’s images explore tribal narratives and protocols intertwined with bodies of water. Harrison’s research examines the effects of the Marine and Coastal Area (Takutai Moana) Act 2011 upon Ngātiwai. In particular Harrison is interested in the many ways that iwi Māori relate to and look after their environments in ways that extend far beyond the narrow definitions laid out in Crown legislation.

Valentina de Riso is a Vice Chancellor’s Scholarship PhD student at NTU. Her research focuses on contemporary writings by First Nations, Métis, and Inuit women who challenge and re-think models for testimony and Indigenous-settler relations in Canada. Valentina’s article ‘Spin the Tale Inside: Opacity and Respectful Distance in Lee Maracle’s Celia’s Song’ is forthcoming in Studies in Canadian Literature in 2022.

Dani-Louise Olver is an AHRC Midlands4Cities-funded PhD candidate in English at Nottingham Trent University and a member of the Postcolonial Studies Centre. Her doctoral thesis investigates how contemporary indigenous authors deploy and subvert the conventions of young adult (YA) school stories to unmask and confront enduring colonial legacies in educational contexts and how indigenous youth activism is gaining ground in our contemporary moment.