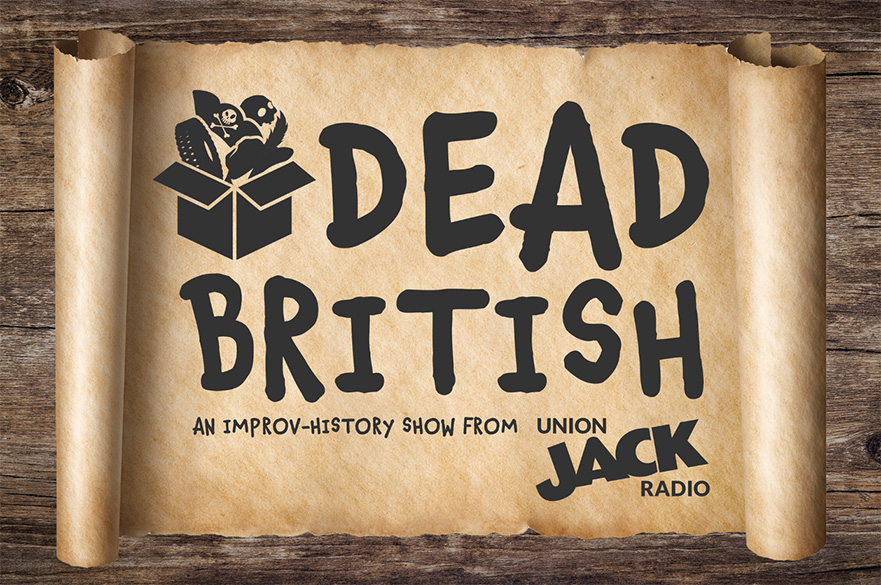 Be part of the studio audience for a brand new, national radio comedy! Dead British is an improvised comedy interview show, where the interviewer knows the person from British history they are meeting, but the improviser has no idea who they are about to play. See three brand new episodes recorded in one evening for later broadcast in the new year on Union Jack Radio.

Recorded in front of a live audience, one brave improviser will be supported by a cast who will help them recreate a famous character from British history in a whole new light. Featuring historically inaccurate reenactments, famous dead people and comedy songs, this entire show will rewrite history, without a script.

See three brand new episodes recorded in one evening for later broadcast in the New Year on Union Jack Radio. Union Jack is available on digital radio across the UK and online at https://www.unionjack.co.uk