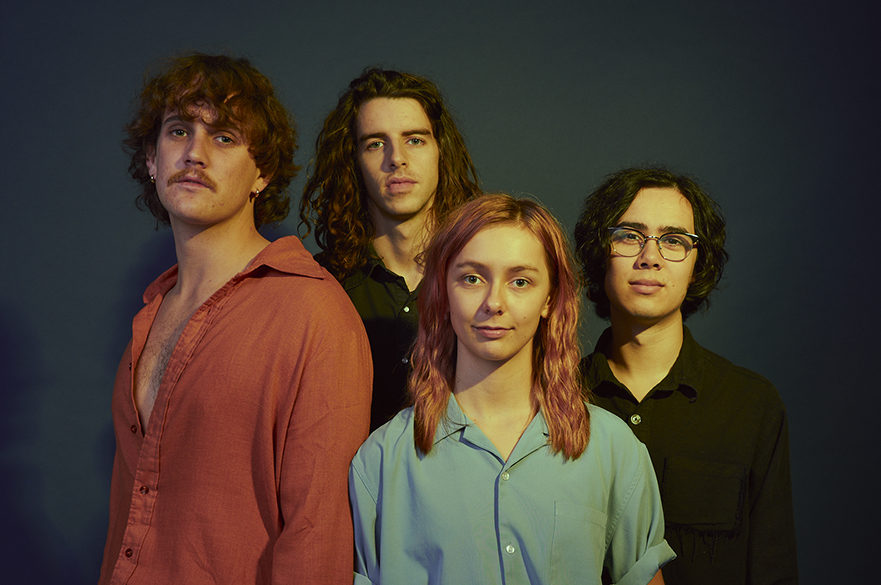 Fremantle indie rock foursome Spacey Jane have cemented their position as one of Australia's most-loved bands. They released their debut album 'Sunlight' in June 2020, and you can see them live at Metronome.

Fremantle indie rock foursome Spacey Jane have cemented their position as one of Australia’s most-loved bands. Their debut album ‘Sunlight’, released in June 2020, entered the ARIA chart at No.2. Four tracks would be voted into triple j’s Hottest 100 including fan-favourite “Booster Seat” landing at No.2, just behind Glass Animals’ “Heat Waves”. “Booster Seat” would also soar into the ARIA Top 10 singles chart, achieving platinum sales while the band have accumulated over 88 million streams to date.

The band – front man Caleb Harper, guitarist Ashton Hardman-Le Cornu, bassist Peppa Lane and drummer/manager Kieran Lama – spent the first half of 2021 finally getting to play sold out COVID safe shows across the East Coast of Australia. “Streaming numbers and chart positions are great, and they’re exciting to watch,” Caleb says, “but we’re a live band. To engage with fans like that, to see the music having that reach, that means everything.”

In the midst of recent touring, Spacey Jane have managed to find time to write and record in the studio – keep an ear out for their new single “Lots of Nothing”, coming very soon.