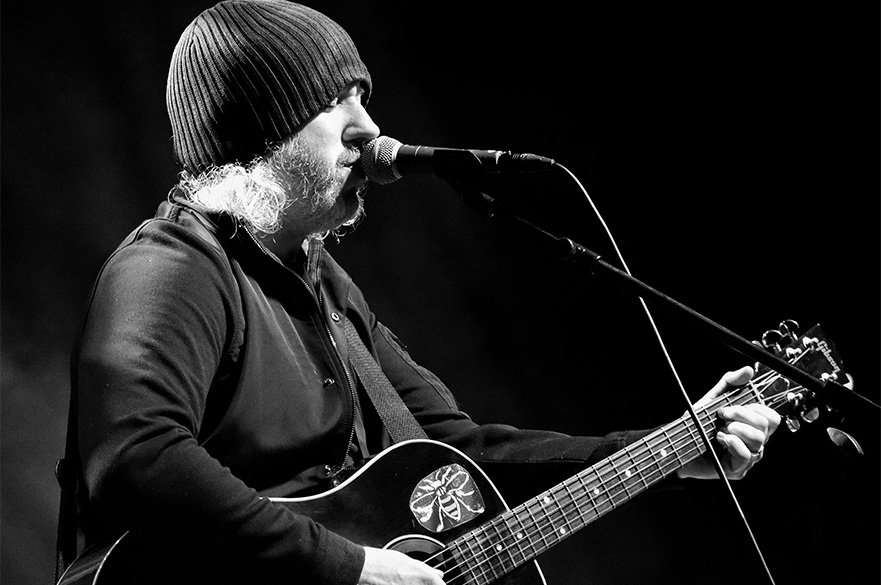 The Mercury prize winning Badly Drawn Boy performs at Metronome as part of his Spring 2023 tour.

When Badly Drawn Boy emerged in the late '90s, his intricate, lilting melodies, quirky but heartfelt lyrics, and offbeat production touches fit in with the experimental pop fringe of artists like Scott 4  and the Beta Band , but Gough soon defined himself as a remarkable talent with 2000's The Hour of Bewilderbeast, his Mercury Prize-winning debut album.

He struck gold again with the 2002 soundtrack About a Boy, which polished the charm of his songwriting while avoiding sentimentality. Later, he embellished his sound with ornate production, as on 2002's Have You Fed the Fish? and 2006's Born in the U.K., then returned to the relatively stripped-down sound of his earlier work on 2010's It's What I'm Thinking, Pt. 1: Photographing Snowflakes. With 2020's Banana Skin Shoes, Gough returned from a lengthy hiatus with an even-handed mix of adventurous pop and poignant ballads.

In June 2000, Badly Drawn Boy's debut album The Hour of Bewilderbeast arrived to widespread acclaim for its literate songwriting and eclectic instrumentation. Along with reaching number 13 on the U.K. Albums chart and number 23 on Billboard's Independent Albums chart in the U.S., the album appeared on numerous album of the year lists and ultimately won Britain's vaunted Mercury Prize for Best Album.

Little was heard from Gough until the May 2020 release of Badly Drawn Boy's eighth album Banana Skin Shoes. Recorded with co-producers including Gethin Pearson and , it combined reflective lyrics with sounds spanning vintage Motown and pop-soul to alt-hip-hop collages.