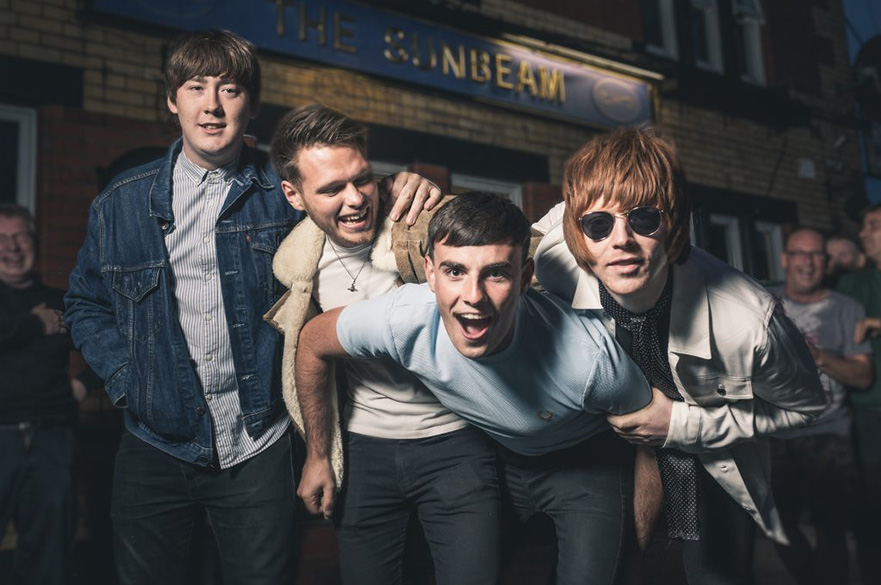 Welcome to the world of The K’s. If you’re unfamiliar with one of the biggest underground success stories in rock & roll, make yourself at home.

The K’s sold out their debut headline tour months in advance including the 3000-capacity Manchester Albert Hall. They’ve opened the Main Stage to 8000 people at Neighbourhood Festival, opened the Isle of Wight Festival Main Stage and performed on the Main Stage of Reading and Leeds Festival 2022.
Their streams are comfortably in the millions- not bad for a band who’ve only released seven singles.

As singer/guitarist Jamie puts it: We’ve crafted our own sound. Even if I’m not singing, you’ll know it’s a K’s song. The songs rich lyricism of everyday life continue the tradition of Paul Weller, Stiff Little Fingers, The Strokes and The Libertines.

It’s clear The K’s are going to keep growing, a cult sensation ready to blossom in the mainstream. It’s an irresistible, irrefutable spirit, welcoming to anyone who wants to escape into a better, more hopeful world.