Technology developed by Nottingham Trent University is helping unravel the history behind paintings belonging to the Victoria and Albert Museum (V&A) and Royal Horticultural Society (RHS). 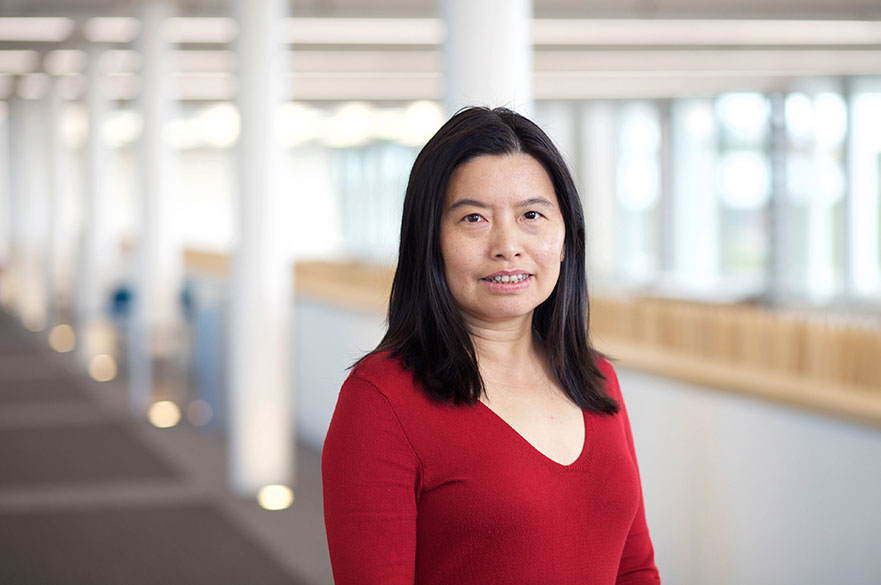 Technology developed by Nottingham Trent University is helping unravel the history behind paintings belonging to the Victoria and Albert Museum (V&A) and Royal Horticultural Society (RHS).

Dr Haida Liang, a reader in physics at the University's School of Science and Technology, is leading a team to use Optical Coherence Tomography (OCT), multispectral imaging and other non-invasive and non-contact scientific techniques to analyse watercolours exported by China during the 19th century.

The OCT device scans the layers below the surface of an object with infrared light in order to reveal details not visible to the naked eye, such as the thickness of paper and preparatory drawings.

Multispectral imaging enables scientists to scan paintings with different wavelengths of light to reveal the composition and make-up of the paints used.

These technologies – developed by Nottingham Trent University - were combined with the V&A's expertise in Raman spectroscopy and X-ray fluorescence spectroscopy to examine the palette of the Chinese paintings.

Such information may otherwise only ever be discovered through the removal of tiny samples from a painting, something which is not allowed on historic paper-based works of art.

The findings – which were revealed during a workshop at the V&A recently – are part of a larger study to develop a greater understanding of the historic trade and cultural exchanges between China and Europe, which will finish at the end of January.

During the workshop it was revealed that a number of watercolour paintings of plants - that were commissioned by the RHS in the early 19th century for scientific purposes and overseen by an RHS representative in Macau and Canton – were painted on European paper. Some of the paintings were also found to have included preparatory drawings with a graphite-like pencil, a technique which was not commonly used at the time by Chinese artists.

It was also revealed at the workshop that paintings in the V&A collection – which were mainly exported by the Chinese as souvenirs for tourists – included the colorant Prussian blue and cochineal, colorants exported to China by an East India Company.

"This helps to deepen our understanding of art history as it allows us to correlate the material actually found on the paintings with historical records."