Expert Opinion: HS2 in the East Midlands one year on 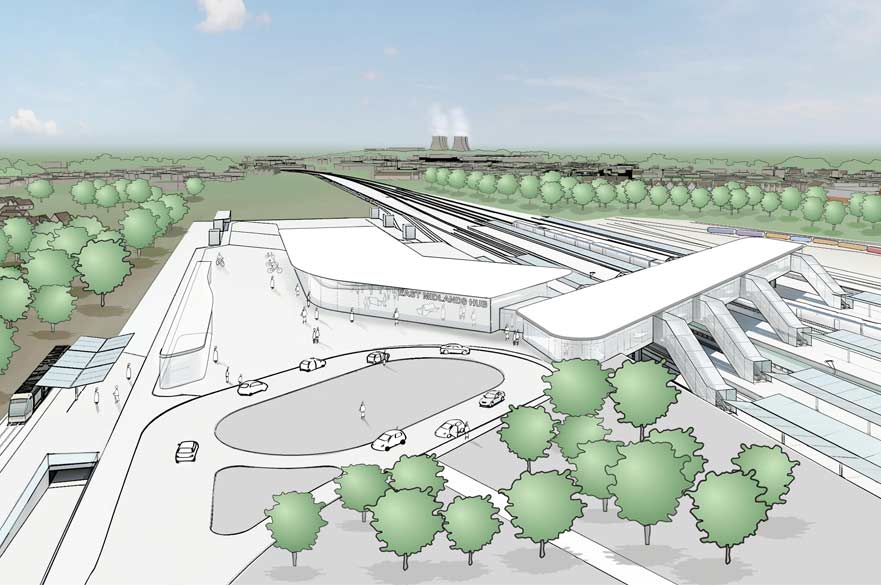 Is Toton still the best site for the East Midlands HS2 hub?

It is now a year since the preferred route and station location of the High Speed Rail Line (dubbed HS2) through the East Midlands was launched on an expectant public.

Since then there have been numerous debates and opinions raised both for and against HS2 with personnel changes at both HS2 Ltd and the Department for Transport. Patrick McLoughlin, however, remains as Secretary of State for Transport and will soon be claiming a long service medal after the recent merry-go-round of Transport Ministers.

Public consultation closed on January 31 and followed a series of informative and well-attended roadshows in November and December; more than 800 people were at the Long Eaton event demonstrating both interest in the project and the concerns of many residents and businesses.

The roadshow and the detailed route maps (including elevations) demonstrate the amount of work which has already gone into this project and inspire confidence that it can be delivered on time and on budget. But is it right for the East Midlands?

Initial responses were that the route was generally well planned following the M1 corridor with minimal effect on local residential and commercial properties, while the location of the East Midlands station at Toton was considered to be a realistic compromise to serve both Nottingham and Derby. Leicester has never really been a consideration for the station but will benefit enormously from capacity released on the Midland Main Line (MML).

HS2 could be great news for the East Midlands, but all parties need to ensure that they arrive at the optimal solution to gain the maximum benefit.

Businesses are concerned that the location would deter inward investment while making it easier to reach London.

This fear emanates from concerns about local intra-regional connectivity, especially by public transport (local rail, tram, bus) for HS2 users to reach the city centres and business parks of Nottingham and Derby.

The main resolution of an invited audience of regional business people from the private and public sectors at Nottingham Business School in October 2013 was to press for through running off HS2 to both Nottingham and Derby city centres. This would avoid the need to change trains at Toton or to reach Toton by other modes for journeys originating around Nottingham and Derby.

It is still unclear if the proposed rail links between Toton and Nottingham and Derby are separate shuttle services to each city; a new through service (which would need to cross HS2 at a different elevation); or a diversion of the existing Derby to Nottingham service which is perceived as slow and irregular.

It is now widely accepted that the Nottingham tram extension to Toton Station would only be suitable for local journeys to intermediate points, such as Beeston, due to its relatively slow speed.

Road access to Toton is plagued by congestion while bus access is currently very poor and it is impossible to predict the bus network in 20 years. At the current rate of withdrawals, local bus services could be non-existent outside major city centres by 2030 and some local residents would favour revenue support for local bus services over major capital projects such as HS2.

Little consideration appears to have been given to the impact that the proposed M1 realignment could have during construction or the effect this may have on the Stanton Regeneration Project, which appears to have stalled.

Accordingly, attention has been turning to alternative potential station locations, mindful of the fact that it would be perfectly sensible from a High Speed Rail planning perspective to have no station between Birmingham and Sheffield.

East Midlands Parkway has land constraints (unless Ratcliffe-on-Soar Power Station is earmarked for decommissioning and demolition) and it is now proposed to extend the tunnel under East Midlands Airport to permit the Strategic Railfreight Terminal to be built there.

An integrated HS2 Station at the airport cannot be justified as an interchange unless the airport repositions itself as a scheduled international passenger terminal, rather than the cargo terminal which it currently specialises as. The recent Airports Review did not consider any expansion at East Midlands.

This has resulted in Derby rising to the top of the alternatives list, despite many reservations that the city is too small to justify a station and a route through Derby would require more tunnelling.

The city's reach has been improved by the realisation that a direct HS2 spur to Nottingham would be cheaper and easier to build than similar links from Toton to both Nottingham and Derby and support from Leicester for northbound destinations via Derby.

As regards to the additional cost of tunnelling, this could be offset by a shorter route between Birmingham and Sheffield yielding both construction and operational savings and avoiding the need to realign the M1 near Stanton Gate.

Spatial constraints preclude major surface level expansion at Derby Midland Station with the historic Roundhouse and Railway Terrace being important heritage buildings within close proximity. Consequently, it is recommended that the HS2 platforms are either underground or on a viaduct over the existing mainline station.

Locating the station at Derby would open the possibility of using Toton for the Infrastructure Maintenance Depot currently proposed for land near Staveley.

This would give a substantial economic boost to the Toton, Sandiacre and Stapleford areas without the HS2 construction phase upheaval, as long as a rail link could be provided to the new HS2 route.

It could also provide a catalyst for the nearby Stanton Regeneration Project and it would mitigate the impact of HS2 on the Chesterfield Canal and TransPennine Trail in the Staveley area and the wider economic impact on the Markham Regeneration Project.

In conclusion, it is time for the Department for Transport and HS2 to pause and reflect upon the reaction to their initial proposals and to demonstrate that consultation is a genuinely democratic process.

If they decide to retain the proposed route and station they need to work harder to convince both business and residents that it will be fully connected with the region.

HS2 could be great news for the East Midlands but all parties need to ensure that they arrive at the optimal solution to gain the maximum benefit.

Expert Opinion: HS2 in the East Midlands one year on