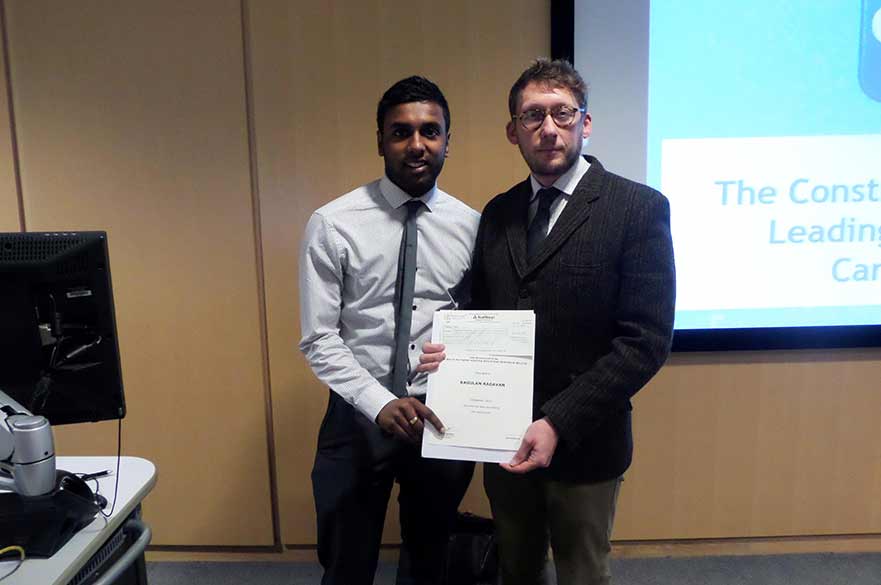 Ragulan Ragavan with his award

Every year Ede & Ravenscroft donate funding of £1,000 to award a prize to a first or second year undergraduate degree student. The University award this prize to a student who has performed well during this academic year despite difficult personal or financial circumstances. Ragulan Ragavan was nominated for the prize as recognition of being one of the highest attaining students within the School of Architecture, Design and the Built Environment from Year Two in 2012/2013.

After receiving the award, Ragulan told us: "I was over the moon and very proud to receive this award not only because I was one of the highest attaining second year students, but because I made history by getting the highest result ever for an NTU student."

Ragulan asked his line manager if he would hire him after winning the award. His line manager was impressed with the achievement, and said: "Yes, especially as his high grade came from Estimating, Measurement and Cost module, which is vital for a Quantity Surveyor."