Scientists edging nearer to a rapid test for bovine tuberculosis

Scientists are developing a portable testing device which would be capable of detecting bovine tuberculosis in cattle in just a matter of minutes. 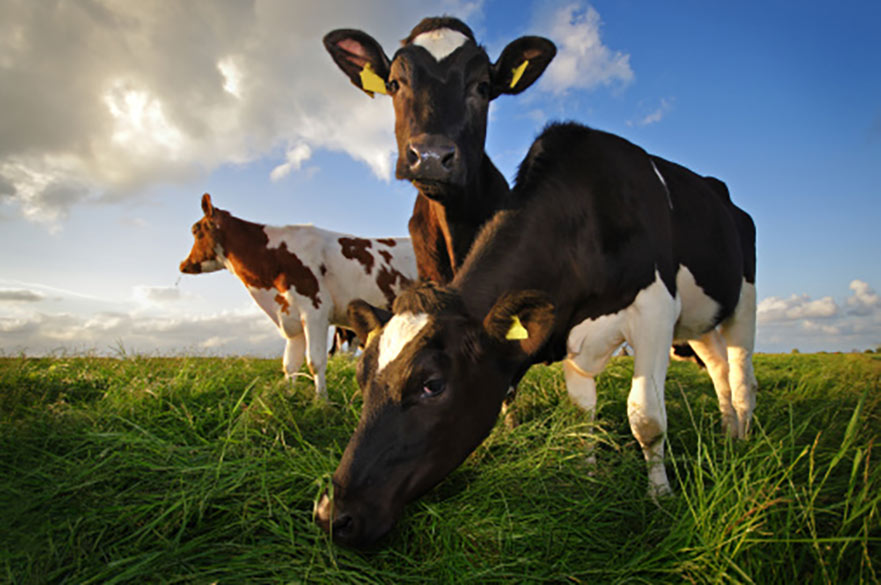 The current process for testing cattle is slow and expensive, but this technology would allow us to address each of those problems.

Scientists are developing a portable testing device which would be capable of detecting bovine tuberculosis in cattle in just a matter of minutes. The major study, involving experts at Nottingham Trent University (NTU), would mean that appropriate measures could be taken more quickly to limit the spread of the infectious disease – which is one of the biggest challenges facing the cattle farming industry.

Currently it can take up to a week to identify bovine TB, following two separate skin tests by a veterinary physician and further analysis in a laboratory.

But the new £1.1 million collaborative study between CompandDX Ltd (NTU), Public Health England, Sapient Sensors Limited and the Centre for Process Innovation Ltd., could mean a rapid 'point of care' device – about the size of a smartphone – could be used by veterinarians to give an almost instant diagnosis from a simple blood test at farm sites.

This means, if cattle are infected, crucial decisions to vaccinate, isolate or cull a herd could be made early before the disease spreads or worsens. The device could also be used to provide important reassurance to farmers about the health of their cattle, before they sell for milk or beef.

In addition, reducing the levels of bovine tuberculosis in the environment could help to resolve TB issues in badger populations, potentially reducing the need for culling, the scientists say.

The three year study, being co-funded by the UK's innovation agency, the Technology Strategy Board, involves identifying 'biological markers' – or molecules – in the blood, which indicate the presence of bovine TB and which could help spot the disease from a blood test rather than the time consuming skin test currently in use.

As well as providing a rapid, accurate diagnosis, the new system would be far more cost effective than the current system - with no costly repeat testing, just one visit from a vet, and the potential to reduce the amount paid out in compensation to farmers by correctly identifying infected cattle.

From January to August last year more than 22,000 cattle were slaughtered because of bovine TB – and the disease has cost the UK taxpayer £500 million over the last ten years.

Bovine TB is caused by the bacterium Mycobacterium bovis (M. bovis), which can also infect and cause TB in badgers, deer, goats, pigs, dogs and cats, as well as other mammals, including humans.

Because it is a 'notifiable disease' - so required by law to be reported - the new system would automatically feed information about tested cattle back to a central database, providing all the relevant data about the specific cattle tested.

Professor Graham Ball, a scientist in the School of Science and Technology at Nottingham Trent University, said: "The current process for testing cattle is slow and expensive, but this technology would allow us to address each of those problems. Bovine tuberculosis is a growing challenge, the disease can spread quickly and easily in the time it currently takes to get a definitive result.

"Our system would provide major benefits to farmers in terms of herd management and isolation of bovine TB cases. And the economic benefits to the country, specifically through the reduction of testing, analysis and compensation costs are potentially huge."

PHE has extensive experience in the design and evaluation of diagnostic tests and being a part of this consortium adds to the effort that PHE is focusing on the problem of TB re-emergence as a public health issue.

Scientists edging nearer to a rapid test for bovine tuberculosis