Creating a buzz about British bumblebees

There's much more to bumblebees than their sting – that's the message experts are taking into schools as part of a new project which aims to change young people’s attitudes about the important garden insects. 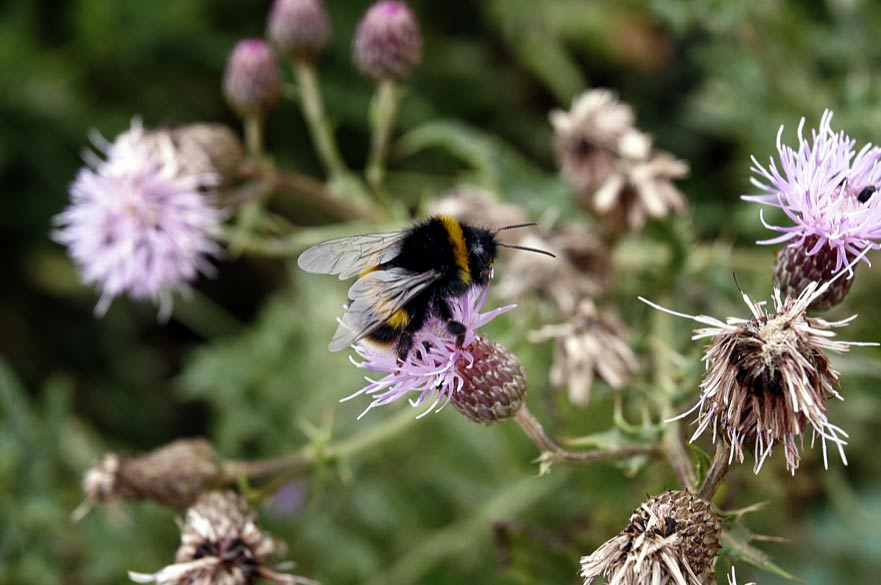 The study will involve measuring pupils' attitudes about bumblebees

There's much more to bumblebees than their sting – that's the message experts are taking into schools as part of a new project which aims to change young people’s attitudes about the important garden insects.

Researchers at Nottingham Trent University are on a mission to improve pupils' perceptions of bumblebees – which are in decline in the UK – and to show them just how easy it can be to help with their conservation.

The project, in collaboration with the Whitley Wildlife Conservation Trust, will involve going into primary schools to educate seven and eight year olds about these native bees, and the crucial role they play in pollinating our crops and flowers.

Pupils will also undertake fun tasks designed to improve their knowledge of bumblebees and will be given seeds to plant at their homes to encourage more of them, such as lavender, borage and native wildflower seeds.

Dr James Stiller, a psychologist in the University's School of Social Sciences – and a zoologist – and Dr Gareth Williams, a psychologist, will measure pupils' attitudes about bumblebees before and after the project to see how they have changed.

He said: "Often when people see bumblebees they worry about being stung, it's the first thing that comes to mind in both children and adults. But bumblebees aren't aggressive and rarely sting unless threatened. Changing attitudes towards these insects provides a way of encouraging people to engage with conservation at a local level and the best place to start this is with children.

"The focus is often on honeybees, but while incredibly important, they are not the only pollinators. Bumblebees are directly responsible for pollinating many of the plants associated with the food and drink we consume.

"Conservation doesn't have to mean major changes, we're talking about conservation on our door steps and in our gardens. Small changes in attitudes and approaches could make a big difference to British bumblebee."

Creating a buzz about British bumblebees