Scientists have identified a gene which, when expressed in breast cancer, can help to predict a patient’s chance of recovery and their likely response to therapy – and which they believe could be a target for a new vaccine against the disease. 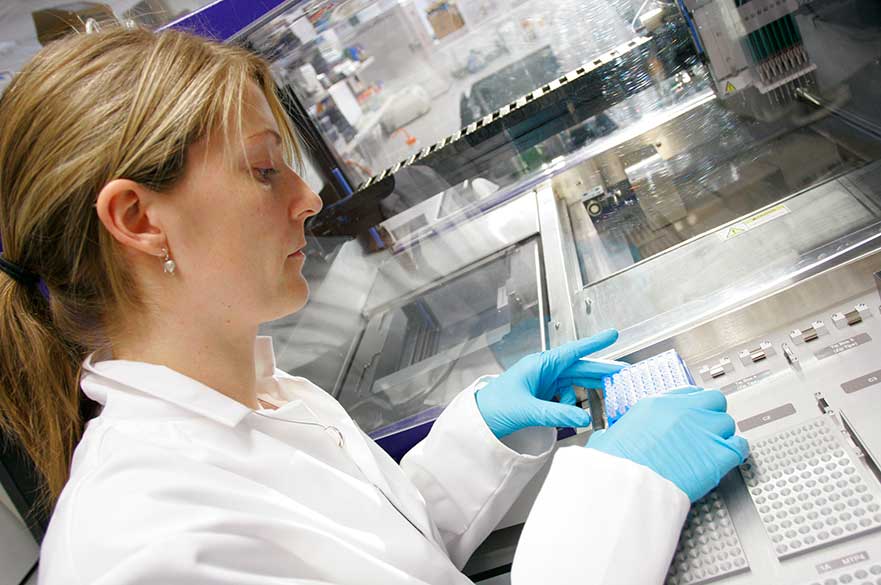 It is becoming increasingly important to identify biological markers which can help to assess a patient's risk.

Scientists have identified a gene which, when expressed in breast cancer, can help to predict a patient's chance of recovery and their likely response to therapy - and which they believe could be a target for a new vaccine against the disease.

Researchers at Nottingham Trent University, Nottingham University Hospitals NHS Trust and the University of Nottingham, studied tissue samples from more than 2,000 patients with breast cancer as part of the research, published in the British Journal of Cancer.

The study looked at different breast cancer types and revealed that the expression of a molecule called HAGE  which presents itself exclusively in cancer cells of some patients - was strongly associated with aggressive disease and poor prognosis.

The researchers found that women with breast cancer who were considered to be at low risk - but had a high expression of the HAGE molecule - were twice as likely to die, or suffer a relapse, than those with 'HAGE negative' tumours.

The presence of HAGE also appears to limit the effectiveness of hormone therapy, as high risk patients with HAGE negative breast cancer lived for longer with such therapy.

Furthermore, the study revealed that HAGE can predict a patient's response to chemotherapy - as the incidence of relapse in patients with 'HAGE positive' breast cancer following chemotherapy was lower than that in patients whose cancer did not express HAGE.

This, the researchers say, may be due to the fact that cells expressing HAGE proliferate faster and are therefore more responsive to chemotherapy.

The findings could be used to help design the most appropriate therapy - and timing of treatment - for individuals. Low risk patients with HAGE could be treated earlier, and the suitability of hormone therapy and chemotherapy for certain women could be better assessed.

Due to the high levels of HAGE expressed in tumours - and the fact that the molecule is known to be able to 'trigger' the immune system - the findings could also pave the way for the development of a new breast cancer vaccine.

She said: "HAGE is implicated in the progression of breast cancer by driving cell growth, and is associated with higher grade tumours and poorer clinical outcome. This is the first report to show that this molecule is a potential prognostic marker and a predictor of a patient's response to hormone therapy and chemotherapy.

Professor Stephen Chan, consultant oncologist at Nottingham City Hospital, part of Nottingham University Hospitals NHS Trust - and a visiting professor at Nottingham Trent University - said: "It's about personalising cancer treatments; knowledge of those with or without the HAGE molecule will hopefully impact and improve the management of patients.

"These clinically significant findings could help us to decide when to intervene and in what way."

Breast cancer is the most common, and leading cause, of cancer deaths in women -about 50,000 women are diagnosed each year, with about 12,000 dying from the disease. Despite improved outcomes for patients, the cancer still returns in more than 20% of patients.

The latest study identified about ten percent of women as having high expression of the HAGE molecule, potentially shedding light on prognosis and therapeutic options for thousands of women each year.