The six extraordinary games to compete for this year's GameCity Prize, an award which celebrates videogames as a cultural art form, have been announced at a special event in Nottingham. 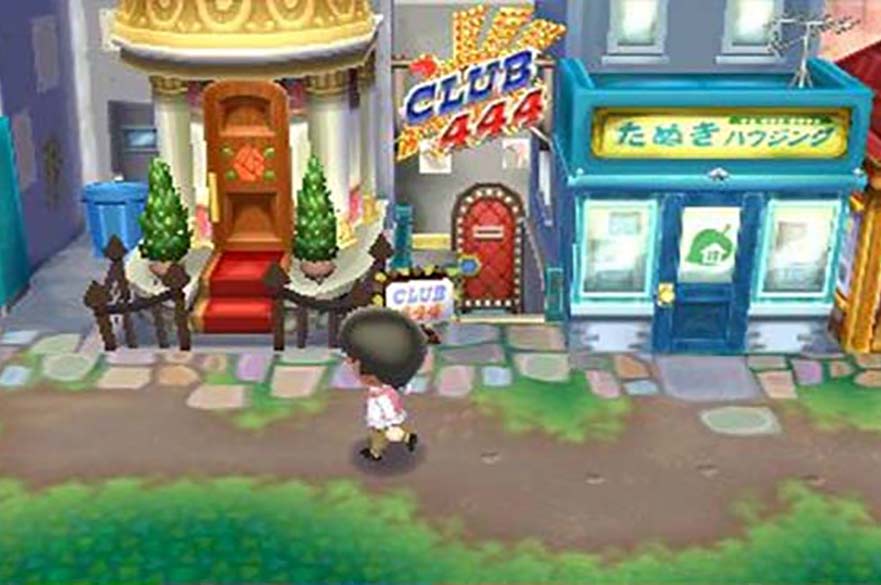 Animal Crossing: New Leaf is one of six games in the running for this year's prize

The six extraordinary games to compete for this year's GameCity Prize, an award which celebrates videogames as a cultural art form, have been announced at a special event in Nottingham.

From the fairytale land of Animal Crossing: New Leaf, to the cut-throat world of Grand Theft Auto V, the chosen games will be judged by a panel who are leaders in their respective fields, including an Academy-award winning film director, a Rock and Roll Hall of Fame member, and a production designer who worked on series three of Game of Thrones.

The winner will be revealed at GameCity 9, the world's best-loved videogame culture festival powered by Nottingham Trent University, which will this year take place from 25 October to 1 November.

Aiming to take their place alongside past winners; Minecraft, Journey and Spaceteam, the shortlisted games are:

This year's high profile jury consists of individuals who all have an interest in the creative potential of videogames but are separate from the industry. They include:

Samira Ahmed (chair) Award-winning journalist and BBC broadcaster with a special interest in comics, Westerns and Science Fiction
Darren Aronofsky? Academy Award-nominated Director of films including Noah, Black Swan, The Wrestler and Requiem For a Dream
Jeremy Farrar? Director of the Wellcome Trust, a global charitable foundation dedicated to achieving extraordinary improvements in health
Peter Gabriel Singer-songwriter, musician and activist
Gemma Jackson ?Academy Award-nominated Production Designer and recipient of an Emmy Award for her work on Game of Thrones
Lisa Pollack ?Head of New Projects for FT.com, the online presence of The Financial Times.

The shortlist and jury for the prize was announced during GameCity 9's official launch event at Antenna in Nottingham, which was introduced by the CEO of the Association of UK Interactive Entertainment (UKIE), Dr Jo Twist, Nottingham Trent University Vice-Chancellor, Professor Neil Gorman, and GameCity director, Iain Simons.

Iain Simons said: "GameCity starts new conversations about videogames, exploring their impact on our culture and their importance as an art form as well as entertainment. With the continued support of Nottingham Trent University, the city of Nottingham and now UKIE, GameCity 9 promises to evolve that even further, making this the biggest and best GameCity yet. I couldn't be more thrilled with the line-up for this year's GameCity Prize jury, or more excited about the shortlist."

Samira Ahmed, 2014 chair of judges, commented: "As someone exactly the right age to have experienced every step of video gaming, I still have my first Pong TV console, I am intrigued at how it's developed and how far it opens up new dimensions for story-telling and entertainment. Over the past two years I've enjoyed having assumptions challenged but maintain both an open mind and a healthy caution. My benchmark remains, does this offer something more compelling than a great book? With that in mind, I am delighted to be asked to chair the jury panel this year."

Dr Jo Twist, UKIE, added: "We know that as well as being one of the most economically successful creative and digital sectors in the UK, games are a powerful art form and I am delighted to help launch the ninth GameCity festival. The event has become a key feature in the international calendar for celebrating and exploring games as an important part of culture. Gamecity highlights not only Nottingham's strength in games, but the UK as the best ecosystem in the world, shining an important spotlight on us as innovative world leaders in entertainment."

The evening also revealed a selection of events scheduled for the October Festival. Hiroshi Inukai's amazing installation Sports Time Machine will be playable for the first time ever in the UK. At a special event in Nottingham, Mike Bithell will unveil new elements of his highly-anticipated game Volume, and the Festival will climax on the final day with The Sheriff of Nottingham literally laying down the gauntlet in a challenge to the entire city.

GameCity remains committed to engaging as many people as possible in understanding, making and playing videogames. OpenGameCity, the free platform for collaborating in the festival, attracted over 150 submissions last year, and is now open for GameCity 9 submissions. If you would like to contribute, please contact GameCity via email or Tel: +44 (0)115 993 2359.