A student who had his mountain bike stolen has created what he claims is the world’s most cut-proof cycle lock. 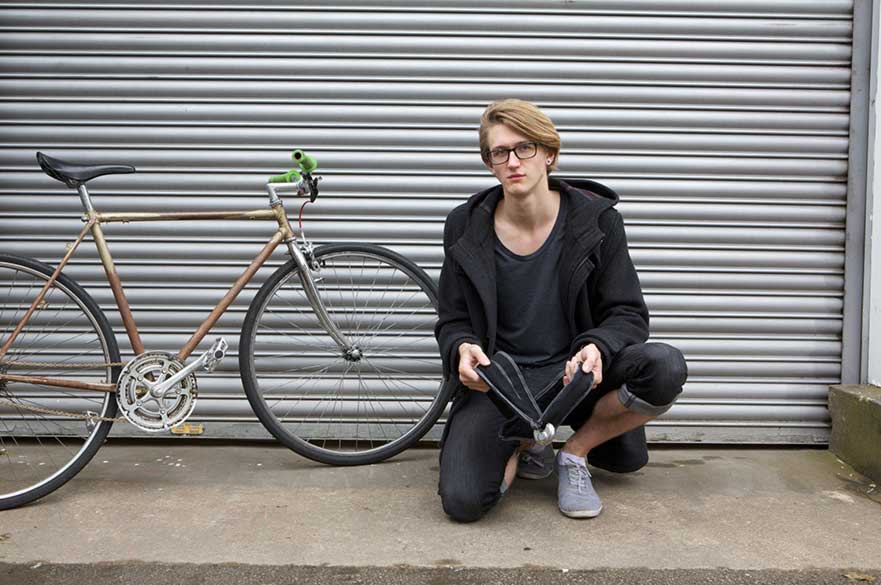 Felix Ure with his prototype

A student who had his mountain bike stolen has created what he claims is the world's most cut-proof cycle lock.

Felix Ure, a product design undergraduate from Nottingham Trent University's School of Architecture, Design and the Built Environment, created the Hench lock after his Norco Rival was stolen when he was a school boy.

The 23-year-old has his design on show at Nottingham Trent University's Art and Design Degree Shows Festival until 7 June. The festival this year coincides with the celebration of the University's 170 years of art and design heritage.

Felix, originally from Tunbridge Wells in Kent, said: "I know how it feels to have a bike stolen. It can be extremely frustrating, especially when you've worked hard to earn the money to buy it as I did.

"It's really important that a bike lock can last long enough for a thief to be deterred. I wanted to design something which could help people avoid having to go through what I did."

Felix's design involves the material Kevlar – a high strength fibre which can be found in body armour - which is wound through two case-hardened steel chains. The chains and the Kevlar are then enclosed inside a nylon cover.

When a rotary tool is used, such as a cutting disk, the Kevlar and nylon snag the blade and disable the tool. During testing Felix found that not even an angle grinder, hacksaw or bolt cutters could cut through it easily.

"It's an extremely strong piece of kit and I'm very proud of it," said Felix, who hopes to launch the Hench lock on the open market.

"Not only does it cause problems for most cutting tools, it's also very easy to transport as it is flexible and can be wrapped around and secured to a bicycle cross bar."

Felix hopes to find financial backing required to launch the product on the open market and has appealed for funding via Kickstarter.com. The website allows budding entrepreneurs to pitch their ideas to potential backers and receive funds in the form of pledged donations.

Watch the Hench lock being put to the test. See it on Kickstarter.