Final year Graphic Design student Tom Wood has been announced as the winner of the Design In Sight Awards. 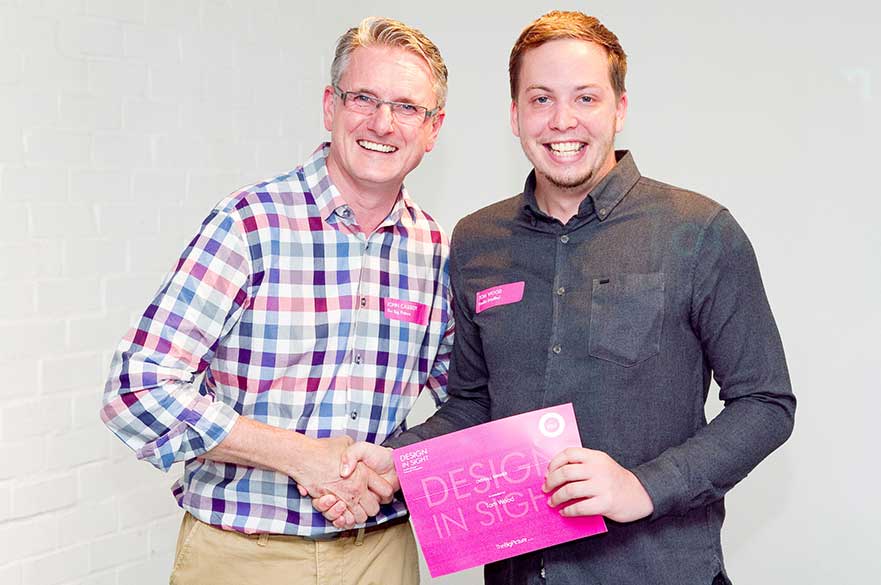 Final year Graphic Design student Tom Wood has been announced as the winner of the Design In Sight Awards.

Design in Sight is run by leading research agency, The Big Picture and is the first student competition of its kind to celebrate the role of research and champion insight-led design. For its first year, entrants were asked to reimagine an iconic brand for the future.

Paul Taylor, Executive Creative Director and Partner at BrandOpus said, "A meaningful insight can inspire us to think differently about our ideas. They force us to challenge our preconceptions and enlighten us to the potential of what we don't know yet."

Tom Wood was announced as the winner for his redesign of Malibu during the Awards ceremony in central London in June. The winning Malibu work was chosen from 60 entries following a passionate judging debate with an esteemed panel of judges from the FMCG, design and research industries. The competition was run across 25 universities and students had a choice of 20 brands to base their work on. Tom said, "It's completely overwhelming to have won. I'm so happy to have been a part of the competition and really excited for the opportunity to work with such great companies – I can't wait!"

Ben said, "I was absolutely shocked and over the moon to have been shortlisted, and to receive a Special Commendation was a fantastic surprise."

Chanel added, "At the awards night it was a great experience to talk to people from the industry and an honour to receive a Special Commendation award."

The Design in Sight award is one of several awards and successes recently achieved across the UK creative industries by BA (Hons) Graphic Design students.