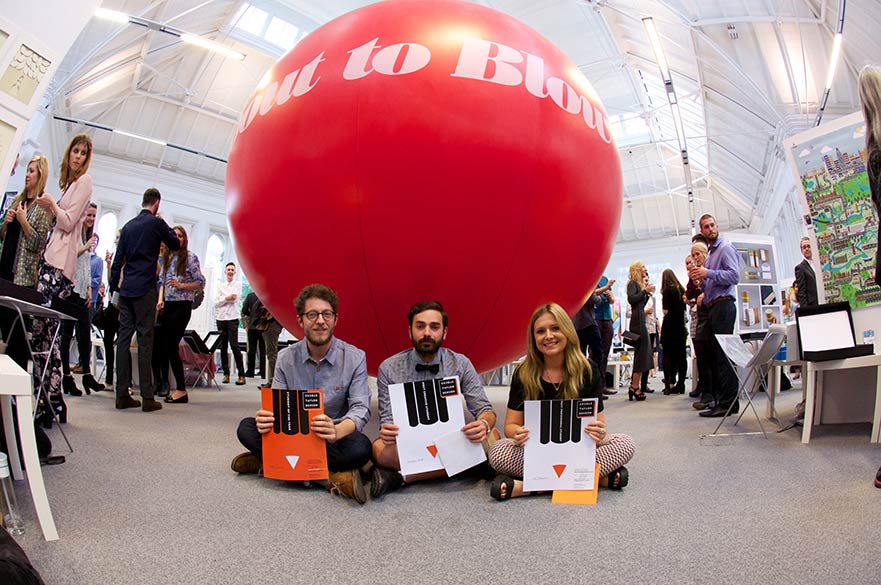 Representatives from the Leicester based branding agency visited this year's NTU degree shows to seek out and award new talent. The brand design agency that prides itself on its unrivalled passion for design, presented final year students James Richards, Hristiyan Pavlov and Cat Jamieson with separate awards for their degree show work.

Student of the Year was awarded to James Richards and Most Creative Student was awarded to Hristiyan Pavlov. Each student was presented with £100 cash prize and a certificate for their portfolio.

The awards were presented by Darren Seymour, Lois Blackhurt and Charlotte Littlehales of Stocks Taylor Benson, and the Private View opening event.

The judges said, "The judging has been incredibly hard due to the high level of work on show. We want to congratulate the winners on outstanding execution and great conceptual ideas. We'd also like to thank each and every student for their contribution to the shows and wish them the best of luck in the future."

Read about NTU's success with Stocks Taylor Benson on their website.