Nottingham Trent University's table tennis sports scholars are proving their prowess in the sport across Europe. 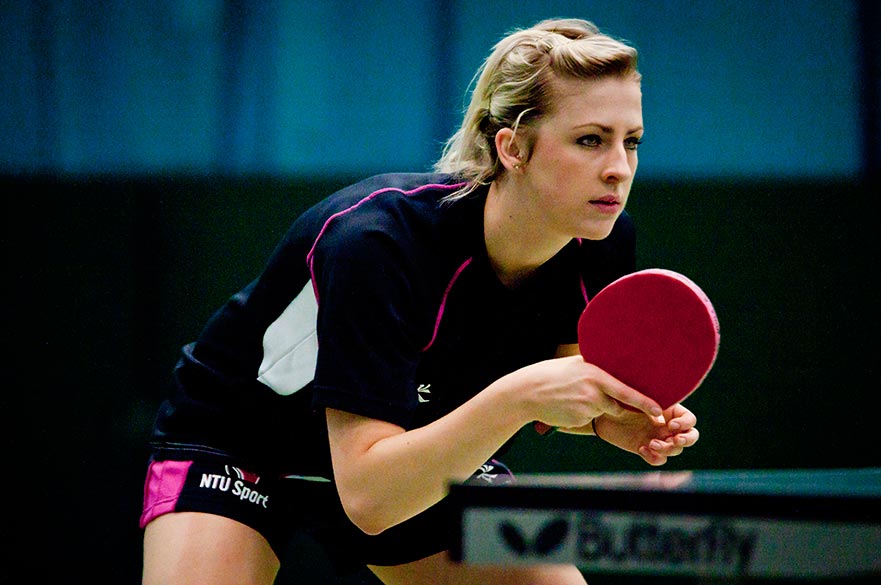 Nottingham Trent University's table tennis sports scholars are proving their prowess in the sport across Europe.

The University's men's doubles team have been crowned champions at the European University Games held in Rotterdam.

Chris Doran and Sean Cullen dropped just one set in the whole competition to comfortably win the title.

Their final was a 3-0 win over the University of Bochum in Germany, having already beaten the number one seeds, the Russian State University for the Humanities team, whose players are ranked 303 and 343 in the world.

Their victory means Chris, studying a History and Politics degree and Sean, studying Maths, have kept their clean, unbeaten record as a doubles pair while playing for Nottingham Trent University.

Alex Bailey, the University's Elite Sport Development Officer, accompanied the table tennis players to Rotterdam. He said: "It was an outstanding effort by all and to become European University Men's Doubles Champions was a fantastic achievement."

Absent from the team which travelled to Rotterdam was Nottingham Trent University's Alice Loveridge – another table tennis sports scholar.

She was busy representing her home country of Guernsey in the Commonwealth Games in Glasgow where she got off to a flying start, beating Scotland's Scotland's Gillian Edwards 4-2 before crushing Guyana's Pareina Matariki 4-0. She went on to beat Widaad Gukhool of Mauritius but was defeated in her second round by Canada's fifth seed, Mo Zhang.