Guilty? It's all in the eyes, study suggests

Suspects of crime could be given away by their eyes, new research suggests. 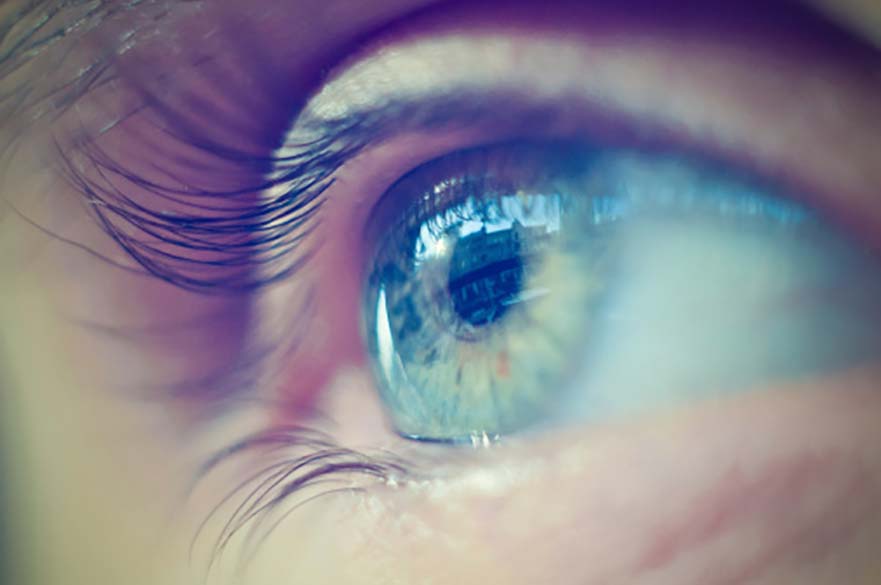 Study suggests suspect's eye movements could give away their guilt

We have demonstrated that people can give away their guilt simply by looking at an image or text.

Suspects of crime could be given away by their eyes, new research suggests. Psychologists at Nottingham Trent University used eye tracking equipment to monitor the eye movement and gaze of innocent and guilty participants as part of a series of videoed mock scenarios.

The research is due to be presented (5 September) at the British Psychological Society's Cognitive Psychology Section annual conference, which is being hosted by Nottingham Trent University's School of Social Sciences.

During the study 12 participants – the murderers – were given the full details of their crime, while this 'guilty knowledge' was withheld from 12 'innocent' participants.

The researchers found that when watching CCTV footage of the 'incident', innocent parties focused heavily on the knife which had been used as a murder weapon, whereas 'murderers' fixated on it far less, attempting to 'over control' their eye movements to other locations to avoid suspicion.

The study supports previous research which has found that victims and witnesses to real-life crimes will focus most of their attention on the weapon being used, rather than other important details.

The average amount of time a 'murderer' fixated on the knife during the clip was 303 milliseconds, compared to 535 milliseconds , a significant difference in relation to eye gaze and fixation.

Similarly, during the study participants were tasked with having to read a statement containing details of the crime, which perpetrators read much faster than the control group – an average of 23.5 seconds to 34.8 seconds.

'Innocent' participants fixated for longer on the whole text and their number of individual fixations was more than four times greater than that of the murderers, an average of 1,054 fixations, compared to 253.

The researchers believe that murderers skipped over much of the detail because of their familiarity with the crime and their deliberate attempt not to dwell too long on specific words or phrases which might give them away.

They believe that eye tracking techniques and measuring ocular movements in this way could potentially be used to support other methods of investigation.

"We know that polygraph testing, the common form of lie detection, can be manipulated, so it's vital that new converging methods of detection are investigated and tested," said researcher Professor David Crundall.

He said: "We have demonstrated that people can give away their guilt simply by looking at an image or text. We found that murderers over control their eye movements in an attempt to deceive, but inadvertently identify themselves as guilty, producing vastly different results to those with no knowledge of the crime."

Guilty? It's all in the eyes, study suggests