NTU takes on the world at Canoe Slalom Championships

NTU students past and present travelled across the Atlantic to compete in this year’s World Canoe Slalom Championships. Held in Maryland, USA, the Great Britain team included four current and graduate NTU students. 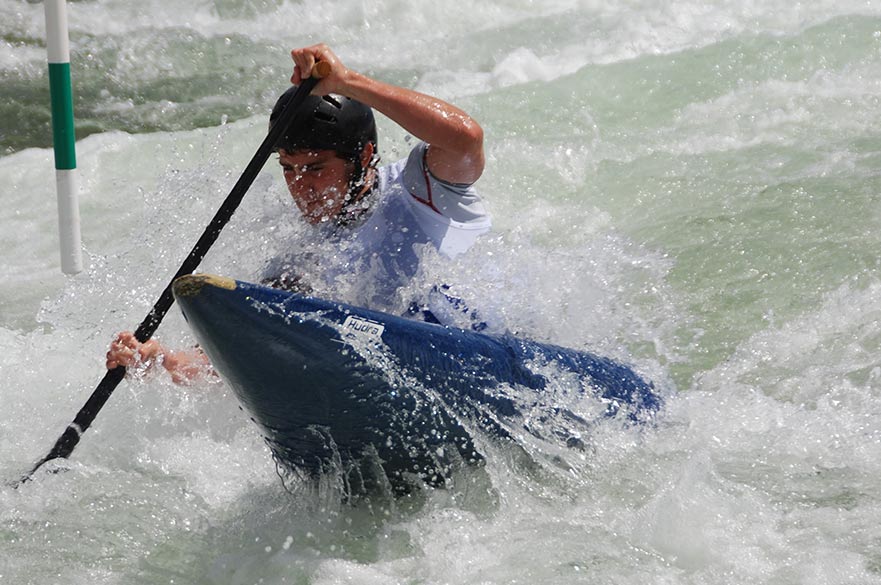 NTU Students past and present travelled across the Atlantic to compete in this year's World Canoe Slalom Championships. Held in Maryland, USA, the Great Britain team included four current and graduate NTU students.

The venue, Deep Creek, played host to current student Adam Burgess, hoping to place in the men's canoe doubles, and former student Ryan Westley in the Canoe men’s singles. NTU also saw past students Richard Hounslow and Tom Quinn take their place in the GB selection for the competition, competing in the kayak and canoe singles respectively.

His outstanding performance, at just 21 years old, has spurred him on to continue with his successes at the World Championships. This thrill however, did not come without a flash of nerves. he added: “It feels different from any other race and there is some apprehension about what it's going to be like, but I'm confident that my ability is good enough."

Westley performed well in both his entered categories, finishing 20th overall, with his team coming in seventh. To be placed in the top 20 of your first ever World Championship is a fantastic achievement for the talented young athlete.

Current student Burgess also paddled his way into the top 20 when he tackled the rapids. Making it all the way into the Men's canoe double semi-final, Burgess and his team-mate narrowly missed out on a place in the top ten by finishing 11th.

Tom Quinn raced his way down the rapids all the way to the finals, where his determination and perseverance saw him take sixth place. An excellent result for his first ever World Competition. He commented on his performance as "a massive confidence builder" after moving up the ranks from last year's 15th place.

Former NTU student Richard Hounslow, who graduated in 2003, also took part in the competition. Since leaving NTU, he has gone on to achieve gold medals in two European Championships, one World Championship and even a silver medal in the London 2012 Olympic Games.

His experience, teamed with an impressive performance at this year's World Championships games, landed him a bronze medal in the men's kayak singles. This brought the GB team's medal count up to three, placing them sixth in the final table.

We would like to congratulate all our current and past students for their strong performances at the competition.

For future updates on NTU's representation at competitions please see our News and Events pages.

NTU takes on the world at Canoe Slalom Championships