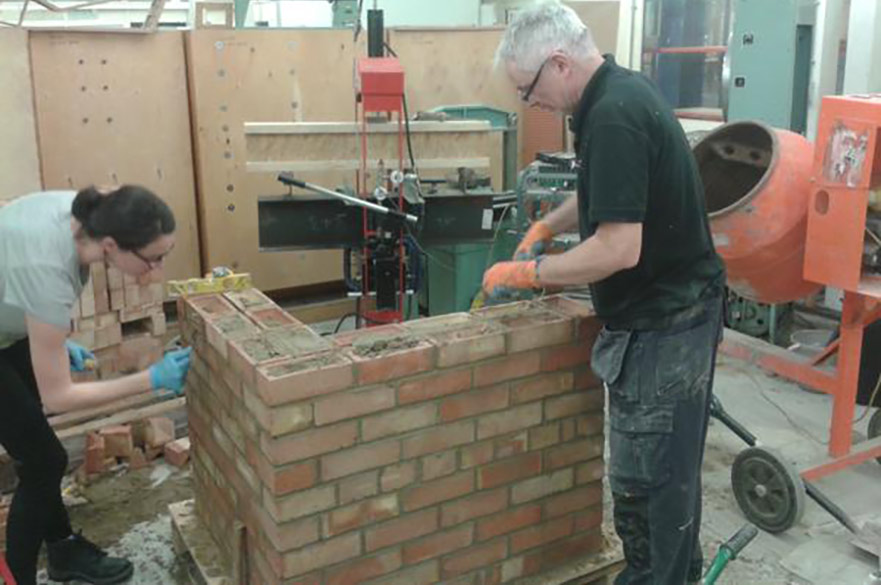 Lucy Woodhead, left, is building a prototype for the District Heating Wall

Andrew Cardy, a lecturer and team leader in Bricklaying from Central College Nottingham's Construction department, has supported Lucy to bring her major study project to life. Lucy is building a prototype for the 'District Heating Wall' and Andrew constructed the wall which forms the basis of the product development work from bricks donated by John A. Stephens.

Andrew said: "Lucy originally contacted us enquiring if we had any bricklaying students who could benefit from being involved in the project. Unfortunately on this occasion it wasn't possible given the timescale, but I offered to help out as I thought the project was very worthwhile."

Lucy said: "Insulation and pipes will be added to the wall Andrew has built, and the system can then be tested for heat loss. It should perform much better than existing solid-walled properties, where much heat is lost through the walls.

"Some feasibility research on this idea has been done at Heriot-Watt University, so it's great that with the work Andrew's doing we can bring this forward into a physical prototype."

Andrew said: "I hope Lucy's research goes to plan and this small project may lead to further collaboration in the future."