Sports scholars at Nottingham Trent University helped England's table tennis teams to victory in both the men's and women’s competitions at the Senior Home 6 Nations event in Largs, Scotland – and won individual titles too. 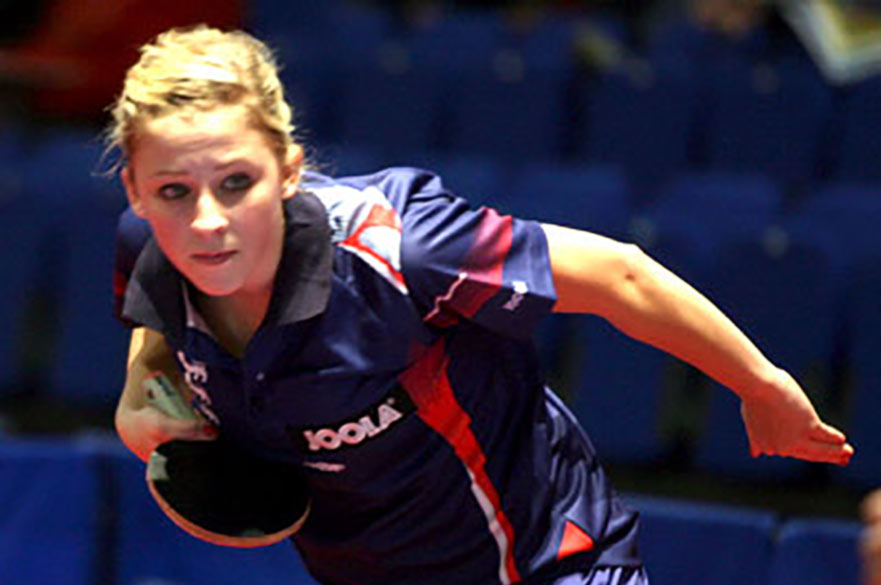 Sports scholars at Nottingham Trent University helped England's table tennis teams to victory in both the men's and women's competitions at the Senior Home Six Nations event in Largs, Scotland – and won individual titles too.

Chris Doran, a History and Politics student at Nottingham Trent University, won all of his singles matches at the weekend and only dropped one match to hosts Scotland in the doubles, winning the team title for England and the overall individual men's competition.

Meanwhile Emma Vickers, studying a PhD in Sports Psychology, won seven out of her ten matches in the team games to help England to victory.

But fellow Nottingham Trent University sports scholar Alice Loveridge made sure the English team's competition was not all plain sailing. Loveridge, who represents Guernsey and studies English and Creative Writing at Nottingham Trent University, won her games against the English team. But in the end the English women's side emerged victorious, winning the remaining three matches in their section against Guernsey and picking up the top spot overall.

Emma said: "It was a great tournament for England and for the players at Nottingham Trent University. We all had a good tournament, I played particularly well in the singles and it was a tournament I really wanted to win as it means I have now won the cadet, junior and senior six nations titles."

Vickers had to beat her doubles partner Karina Le Fevre to win the individuals competition title when they faced each other in an all-England final. Ultimately it was Vickers who won 3-2 to be named overall winner.