Design for Film and Television students, Abigail Levers and Marcus Lester-George, have recently completed an exciting work placement on the set of Tim Burton's latest film, Alice In Wonderland: Through The Looking Glass. 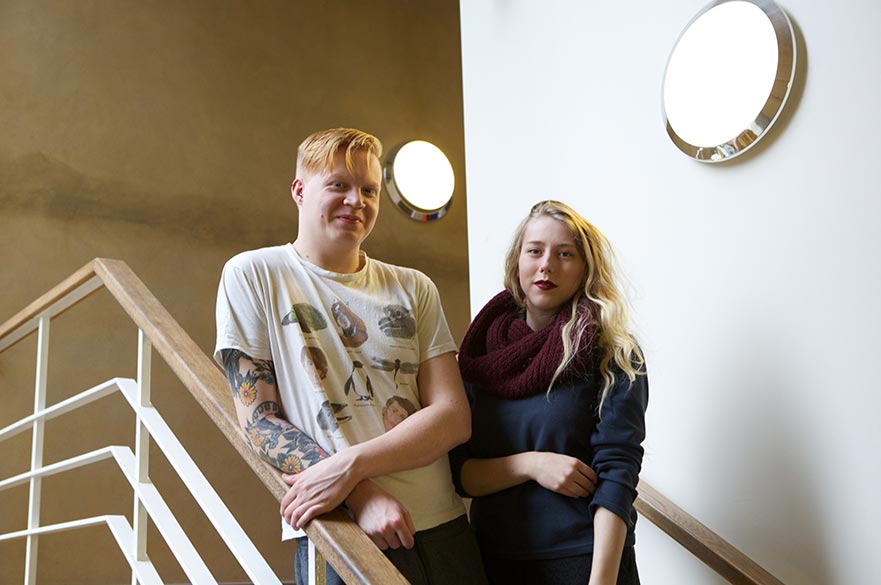 Design for Film and Television students, Abigail Levers and Marcus Lester-George, have recently completed an exciting work placement on the set of Tim Burton's latest film, Alice In Wonderland: Through The Looking Glass.

Filmed at Shepperton Studios in Surrey, Through the Looking Glass is the long-anticipated sequel to Burton's 2010 hit Alice in Wonderland, and is due to be released in May 2016.

Abigail and Marcus are both in Year Two of our BA (Hons) Design for Film and Television degree, a course which has a strong industry focus and an emphasis on gaining practical work experience. They spent two weeks in September 2014 working on the production, as part of the Art Department.

Abigail told us: "I found out about the opportunity to work on this film through someone I had met on a previous work placement, which I secured through someone who had graduated from our course. As an Art Department Intern my job included model making, set dressing, making props, and running things to and from the sets.

"I really enjoyed getting my hands dirty in the props workshops, and I look forward to seeing some of the things I made on the big screen. I also really enjoyed model making, because the models I made were used to show the Director and the Director of Photography the set, so they could plan their camera angles from it.

"I learned a lot from doing work experience, especially about using blue screen. I also learned how quickly ideas can change and how whole pieces can be scrapped just days before shooting. I think it also helped me to better understand how to incorporate CGI into my university work, and how it can aide my designs. It also helped me to try and keep to a very strict timescale when completing a project."

Abigail has also completed a placement on ITV's The Suspicions of Mr Whicher. She told us why she thought the industry experience she had gained was so important, commenting: "You learn things you could never be taught in a classroom, and you meet so many incredible people that can you help you get more work experience placements, and will eventually be able to offer you jobs when you graduate."