Air Marshal Baz North (HND Business Studies 1981) has received the Knight Commander of the Order of the Bath (KCB) in the 2015 New Year’s Honours List. 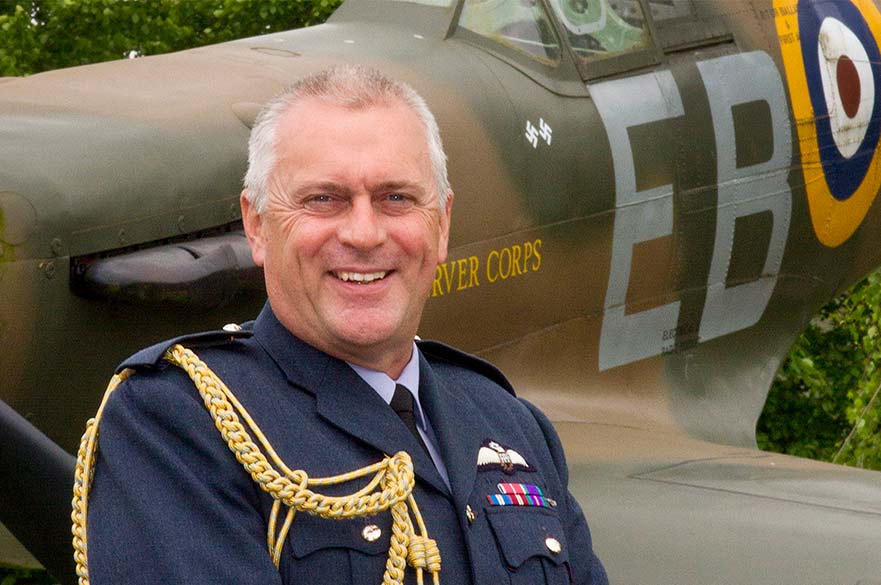 We are delighted to announce that alumnus Air Marshal Baz North (HND Business Studies 1981) has received the Knight Commander of the Order of the Bath (KCB) in the 2015 New Year's Honours List.

Air Marshal Sir Baz North said: "It is a rare privilege to be recognised in such a way. Since 1815 there have been only around 1,500 Knight Commanders of the Order of the Bath; to be considered as one of them is an exceptional honour and one that has significant personal meaning."

"Having served for some 33 years and experienced many challenging situations, it has been a source of comfort to me to know that Fiona, my wife, has been there in support at every stage. Consequently, this award reflects upon her contribution and it is a great pleasure that she will be able to attend the investiture, when it takes place, with me."

Our 2011 Alumnus of the Year, Air Marshal Sir Baz North, is the RAF's Deputy Commander for Capability and Personnel. His responsibilities cover: The Air Training Corps, University Air Squadrons; RAF Regular and Reserve recruitment; all RAF training and Flying and Engineer training for the MOD; career management of all RAF personnel; implementation of all personnel policies; control of all the RAF's equipment programmes; oversight of the RAF's legal, religious, and health care services; being the RAF's diversity champion; provision of retirement support to those leaving the service; chair of the RAF's central fund of non-public monies; and numerous other roles.

He said: "In my role I have frequently used accounting, legal, personnel and organisational skills that are founded upon the comprehensive business education that I received at Nottingham Trent University in the late 1970s and early 1980s. Indeed, I would not have the understanding of resource programming and commercial processes that form a considerable part of my duty, without that foundation."

Head of Development and Alumni Relations, Tim Cobb added: "We are so proud of Baz and all his achievements and we are delighted that he has been recognised in this way. Baz is an inspiration, and we are grateful the despite his busy job he still returns to campus regularly to support the work of NTU".