The Nottingham Contribution to Judicial Training Initiatives in Cross-Border Insolvency

Professor Paul Omar, was recently in Paris for a seminar, training insolvency judges from across Europe in advances in European and international insolvency legal frameworks. 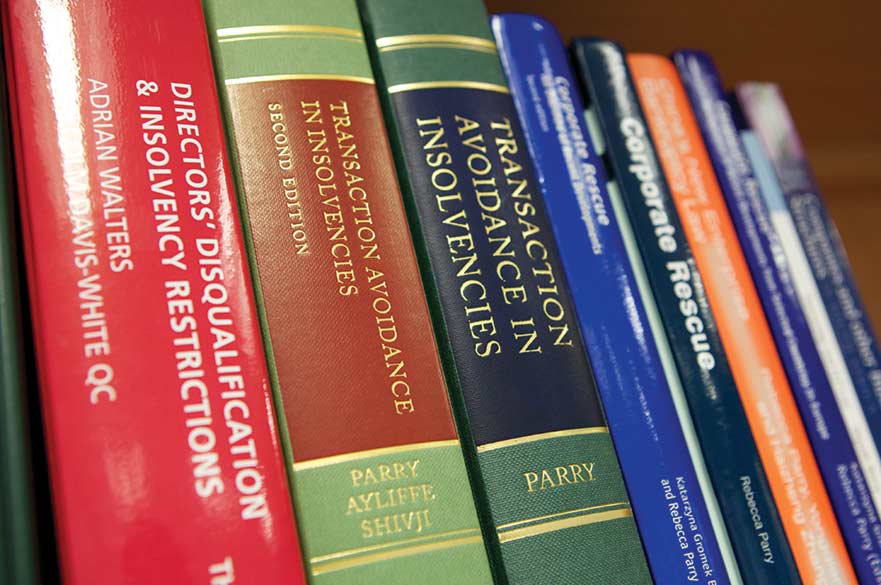 Professor Paul Omar, a member of the Centre for Business and Insolvency Law at Nottingham Law School, was recently in Paris for a seminar, training insolvency judges from across Europe in advances in European and international insolvency legal frameworks. This project was timely, given the very recent announcement of the conclusion of a new draft of the European Insolvency Regulation (Council Regulation (EC) No. 1346/2000 of 29 May 2000) at the European Justice and Home Affairs meeting on 5 December 2014.

Paul Omar has been involved with two such projects in recent times, the first resulting from a successful joint funding bid by the Leiden Law School, the Netherlands, and the Nottingham Law School in 2012, called the European Cross-Border Insolvency: Promoting Judicial Cooperation or JudgeCo project. Its aim was to develop a set of principles and guidelines for cross-border communication and cooperation in insolvency cases between courts in the European Union and to provide judicial training in Riga and Amsterdam. This project attracted funding from the European Union as part of an initiative promoted by the European Commission's Directorate General on Justice, and was also supported by co-funding by the International Insolvency Institute, of which Paul Omar is also a member.

The second project, which involved the visit to Paris as well as an earlier training session in Durbuy (Belgium) in October 2014, is the fruit of a collaboration between the French National Judicial School (Ecole Nationale de la Magistrature) and the Belgian Judicial Training Institute (Institut de Formation Judiciaire). This project, titled Cooperation between Members of the Judiciary and Other Actors dealing with Cross-Border Insolvency Proceedings, was also funded by the European Union as part of the Civil Justice Programme and supported by a number of cross-border judicial networks and national judicial associations, including the Judicial College for England and Wales.

Paul's role on the Franco-Belgian initiative was to firstly advise on the content of the training programme and, second, to deliver with other insolvency experts (academics, judges and practitioners) the materials to a cross-section of the judicial community in Europe. The sessions, which were well attended, consisted of a series of lectures as well workshops based on case studies developed by the presenters. In this context, Paul hosted a discussion in two workshops on judicial cooperation in structuring cross-border insolvency proceedings featuring a proposed rescue plan, assisted by Dr. Tomas Richter, a noted insolvency academic and practitioner from Charles University, Prague.

The purpose of both projects was to develop tools to build capacity amongst judges and practitioners, chiefly in countries recently acceding to the European Union as well as accession candidates. This was intended to enable judicial professionals to develop an understanding of the organisational needs in the case of cross-border proceedings as well as knowledge of relevant assistance frameworks (whether in the shape of formal texts or soft-law instruments). By doing so, they will enhance the efficiency and effectiveness of insolvency proceedings having cross-border effects, which will in turn provide greater certainty and predictability in the market. In all, between the four training sessions in both projects, over 150 judges participated from over 20 jurisdictions within the European Union.

Both projects have fitted firmly within Nottingham Law School's focus on outreach to practice, which has involved providing advocacy training in the United Kingdom and Malaysia, advising on the development of legal vocational qualifications in Mauritius, Hong Kong, Brunei and Vietnam as well as participating in the Legal Education Training Review looking at the qualifications of regulated legal professions in England and Wales. They are also a major achievement for the Centre for Business and Insolvency Law, which has an international reputation as a focus for specialist research and teaching.

The Nottingham Contribution to Judicial Training Initiatives in Cross-Border Insolvency