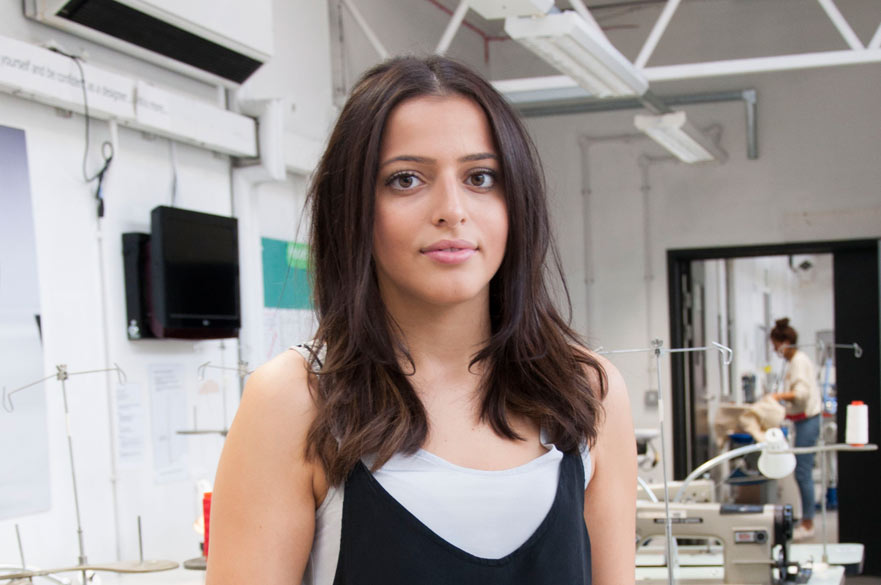 Melahat was announced the winner of the brand's prestigious student designer of the year competition in May 2014 as she was coming to the end of her studies, which saw her embark on a week-long work experience placement at Hawes and Curtis.

In a recent interview with the Nottingham Post, Melahat said: "To win was amazing, and now to be working in this industry is a real dream come true. I learned a huge amount in my placement which has helped me better understand design development."

After impressing her colleagues during the placement, Melahat moved to London and was offered a permanent contract. A recent tweet from Hawes and Curtis reveals that ‘She's a vital part of the team now too!’. Melahat said: "It happened quite quickly. I expected to be looking for quite a while, but I got lucky."

As part of the competition, Melahat redesigned the classic wardrobe staple, the white shirt, which will soon go on sale in the brand's store. The simple yet structured ladies' shirt featured a delicate pinstripe pattern, covered buttons and a light grey tone, with initial inspiration coming from an era of iconic women such as Katherine Hepburn, Marilyn Monroe and Bianca Jagger.

The Hawes and Curtis student competition is a respected contest that has challenged NTU students to design garments over the last five years – and this year the students have been asked to create a capsule collection.

Sarah Meese, the brand's area manager and the competition's judge, said recently to the Nottingham Post: "We're keen to support up and coming talent and to give fashion students a commercial edge in a very competitive industry. Already the standard this year has been exceptionally high and it shows young designers in Britain are going from strength to strength."

Four final year BA (Hons) Fashion Design students from NTU have been selected as finalists and their outfits were displayed in the Birmingham store from 13 – 22 March 2015 for public voting. The winning design will go into production for the brand's AW15 collection, with the winning student embarking on a work placement with the shirt specialist soon afterwards.