Stabling domestic horses alone can have a negative effect on their health and wellbeing, new research has revealed. 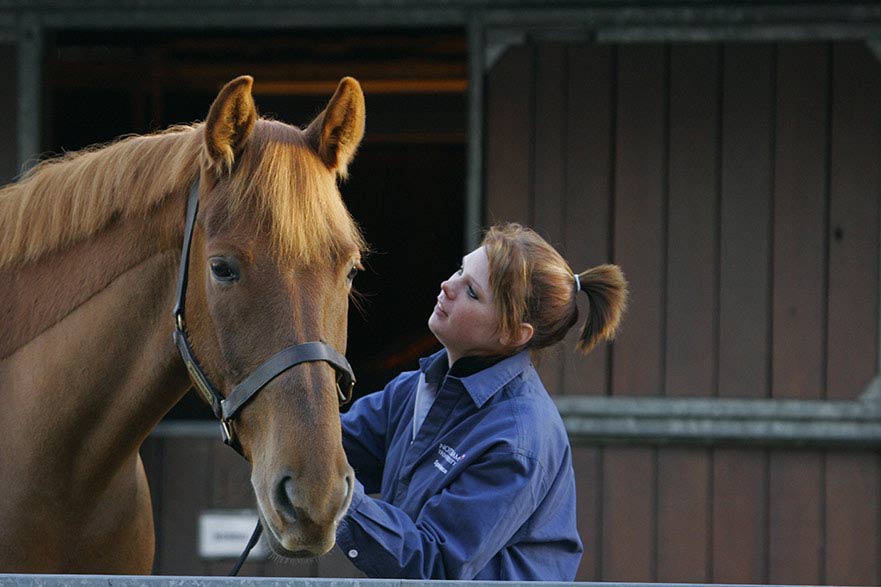 Stabling domestic horses alone can have a negative effect on their health and wellbeing, new research has revealed.

Experts at Nottingham Trent University found that horses housed individually – with no contact with other equines – showed significant signs of stress, when compared with those kept in more social surroundings.

The researchers observed horses' behaviour in four types of housing designs – housed completely alone, kept individually but with a small amount of contact from neighbouring horses, housed in pairs in a barn, and group housing in a paddock.

They found that as housing became more isolated, horses exhibited higher levels of faecal corticosterone – a key indicator of stress.

Thermal images of the eye, another non-invasive measure of stress response, showed eye temperature to be significantly lower for group housed horses – showing lower levels of stress – when compared to all others.

Behavioural analysis, meanwhile, showed horses became increasingly difficult to handle, the more restrictive and isolated the housing became. And horses kept in groups were more likely to exhibit natural behaviours typical of free-ranging horses, with a good standard of welfare, the team found.

The predominant housing used for domestic horses is individual stabling in box stalls, with horses often confined there for much of the day.

During the study, horses were exposed to each housing design for five days and were turned out into grass paddocks for two days before exposure to the next design.

Faecal samples were collected for testing once a day for the first three days, while thermal images for temperature collection were captured three times a day. Behavioural observations were carried out on the final day for seven hours, using a remote camera system.

The study, which looked at 16 horses, was carried out by the University's School of Animal, Rural and Environmental Sciences and is published in the journal Physiology and Behaviour.

"The behavioural and physiological findings of our study show that social housing designs provide a much better standard of equine welfare," said researcher Dr Kelly Yarnell, an expert in equine welfare at Nottingham Trent University.

She said: "Inadequate housing design potentially causes stress and negative consequences on the health and wellbeing of horses – despite the fact it can be easily addressed by introducing more windows or shared areas for instance.

"To the human eye the stable appears safe and inviting and is based on the belief of what the horse finds comfortable. However, for a social animal that spends most of its time in close contact with other horses, the isolation brought about by single housing could activate an equine stress response.

"Group housing provides horses with an environment where they are able to display natural behaviour, and contact with other horses improves overall welfare."

Chester Zoo was also involved in the study, with Dr Sue Walker, Head of Applied Science at the zoo, analysing the faecal corticosterone.

Dr Walker said: "The value of this research not only ensures optimal animal welfare for domestic equids but can also inform the management of exotic equids, such as Onagers or Zebra."