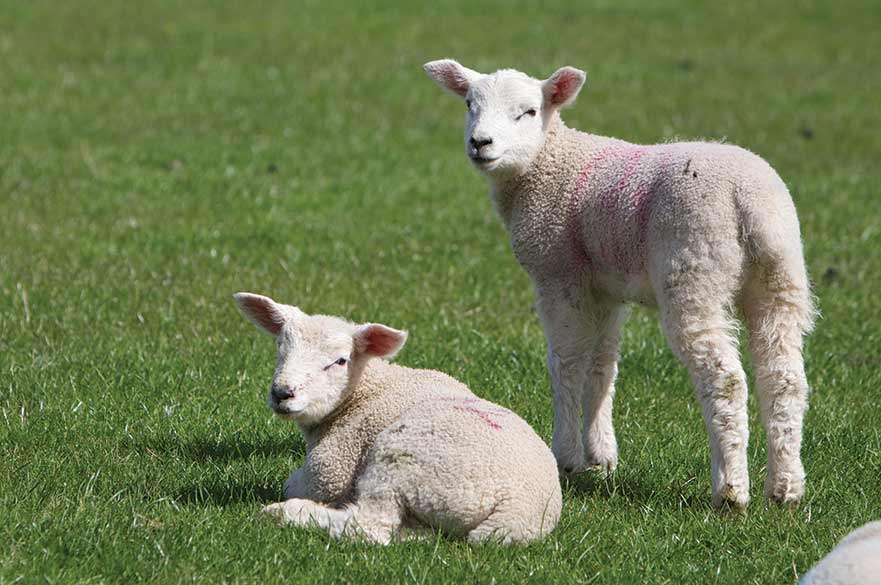 Spring is in the air at one university's campus as over 100 lambs have already been born – including one set of quadruplets.

Lambing started at Nottingham Trent University's Brackenhurst campus on 3 March, and this year the institution is expecting about 180 newborns from 105 sheep.

Ultrasound scans which took place in January revealed that 55 of these should be twins, 38 singles and 12 are expected to be triplets

However, one ewe managed to give birth to four lambs, which agriculture course leader Dominic Heneghan says is a rare occurrence.

"It's usually very difficult to raise them as the bulk will be weak," he added.

"But this year they've been filled with vitality and it's been lovely to watch them grow up."

The 63-year-old, who was born in North Kensington, has been working on farms since the age of 12.

He said: "There's something about lambing that brings a lot of joy, especially when you hear their first breath.

"I still experience that emotion even now, and I've been doing it about 50 years.

"If I didn't get that feeling then I'd retire."

Twenty students help the ewes give birth after a five-month gestation period as part of their extended national diploma in agriculture, which is taught by Mr Heneghan.

He said: "The students work 12-hour shifts, so as well as learning what to expect when the season starts, they gain employability skills too."

Andy Hill, a student on the course, has 200 sheep back on his parent's farm in Moorhouse, Newark.

The 16-year-old said: "I've been lambing with my grandad ever since I can remember.

"One of our ewes once gave birth to five lambs. It wasn't expected at all but it was great to be able to experience something so rare.

And Joe Watson, also 16, says being hands-on with his education is "better than sitting in a classroom".

He added: "Text books always give a different view to what it's actually like in person – being able to take part in the season is much better than theory."

After nibbling at the grass in the countryside and being looked after by the students for six months, the lambs are then taken to the slaughterhouse.

Mr Heneghan said: "They have a short but very happy life."