Following the success of NTU's annual Vocal Competition, NTU Music thought it was about time some of their fantastic instrumentalists were showcased at their very own event. 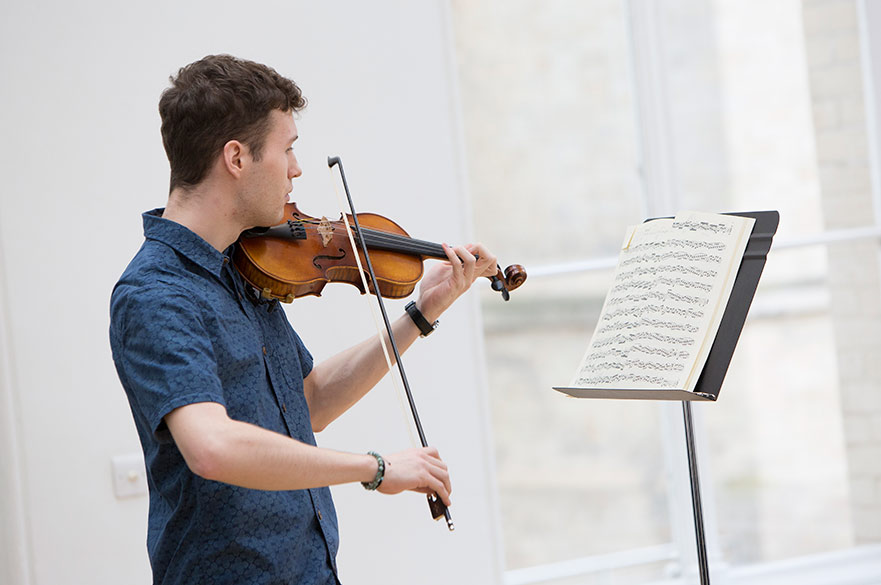 Following the success of NTU's annual Vocal Competition, NTU Music thought it was about time some of their fantastic instrumentalists were showcased at their very own event. The competition was held at The Old Chemistry Theatre on Friday 27 February 2015 and was adjudicated by successful musician, David Curtiss.

Similar to the Vocal Competition, each student was expected to perform two contrasting pieces of their choice. As a result, the audience had the pleasure of listening to a fantastic variety of music throughout the evening, played on a variety of instruments including, the piano, euphonium, trumpet, cello, guitar and saxophone.

The standard was set incredibly high by all nine performers. David expressed his delight at all the performances, providing constructive and enthusiastic feedback, before announcing the results. He also commented that the standard of our competitors matched those who he had heard at universities who hold Music degrees.

The standard for this year, as most would agree, has been incredibly high and NTU Music are proud to have such talented students who involve themselves in music, alongside their studies. They are already looking forward to what next year's Vocal and Instrumental Competitions will bring!