Chef Sat Bains is being supported in an ambitious world record breaking attempt by scientists at Nottingham Trent University. 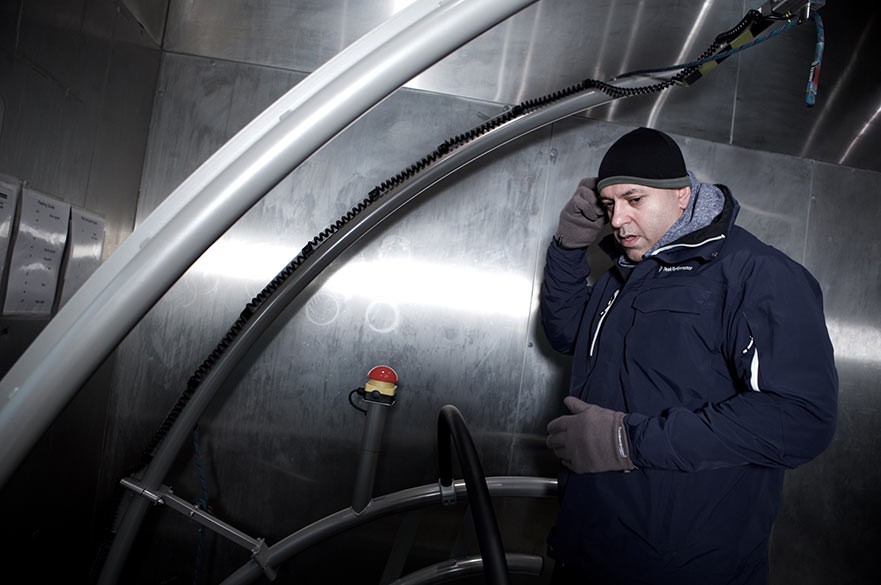 Chef Sat Bains is being supported in an ambitious world record-breaking attempt by scientists at Nottingham Trent University.

During April and May a party of British adventurers will attempt to climb Mount Everest by the North Ridge and, en-route, set a new world record for the Highest Black Tie Dinner Party at 7100m/23293ft.

The Chamber enables variables such as temperature, humidity and altitude to be controlled - the internal climate can be set to mimic nearly any environment in the world. Careful monitoring of physical activity under these conditions can highlight the impact of various climates on the body, so it is the perfect location for Sat to prepare himself for the upcoming challenge.

Neil Williams, a lecturer in exercise physiology and nutrition in the university's School of Science and Technology, is currently supporting Sat's preparation at the environmental chamber.

He said: "With regular long term altitude exposure, Sat's body will undergo a number of physiological adaptations to better prepare him for his challenge. Sat has been exercising in the chamber on a regular basis, with the chamber replicating an altitude of 3500m."

Not only participating in the climb, Sat has devised a gastronomic three-course menu for the dinner party. Once created, the dehydrated food must be carried by each participant, and will be rehydrated at altitude - one of the rules for the new world record.

The challenge was to create a menu that met all nutritional and calorific elements, but was also full of flavour to encourage team members to eat. Climbers' food is historically bland and flavourless, as appetite and flavour are greatly affected by altitude and eating can be more of a chore than a pleasure. However, it is a time when the human body needs refuelling more than ever.

Find out more by watching Neil Laughton, the expedition leader's video. Neil, a former Royal Marine Commando and SAS officer, is also an entrepreneur and adventurer who once got Bear Grylls to the summit of Everest. This expedition is part personal ambition for Sat, but also to highlight the needs of remote Sherpa communities in Nepal, raising urgently needed funds for clean water, sanitation and schooling projects.

Sat is also aiming to raise a total of £10,000 for Hospitality Action, a UK charity offering assistance to all who work or have worked in hospitality who find themselves in crisis.