Alumna Bea Roberts (BA Hons Fashion Knitwear Design 1982) will see her work on screen this year in the film 'The Ninth Life of Louis Drax'. 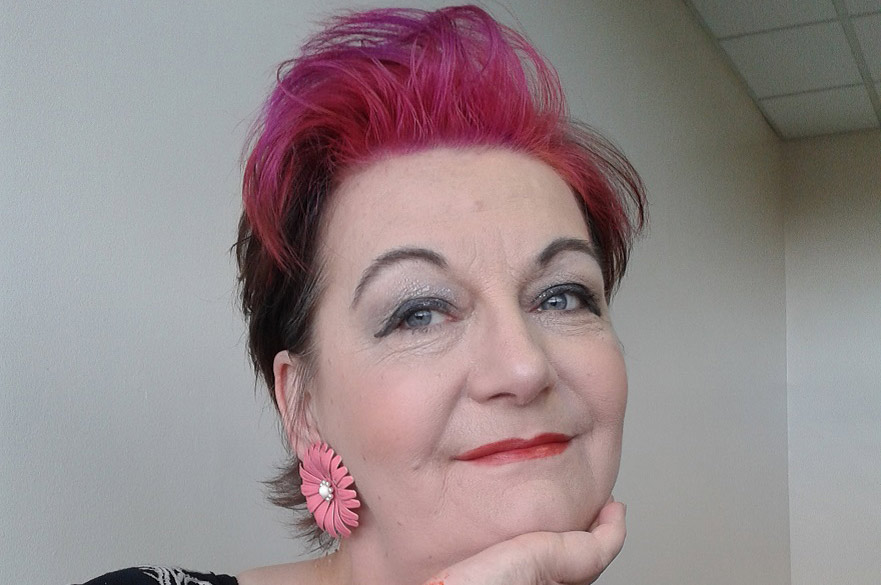 Alumna Bea Roberts (BA Hons Fashion Knitwear Design 1982) will see her work on screen this year in the film The Ninth Life of Louis Drax.

The film, starring Fifty Shades of Grey's Jamie Dornan and Breaking Bad's Aaron Paul, is about a psychologist drawn into a mystery that tests the boundaries of fantasy and reality when he begins working with a young boy after a near-fatal fall.

Artist Bea is excited about seeing her paintings which will be used for movie props after being contacted by the film's set designer who saw the images on arts and crafts website Etsy.

She said: "They're going to be in the psychologist's office. The character likes underwater creatures, like whimsical sea creatures. I thought it was going to be a television programme at first, so I was over the moon when I found out it was to be a new feature film with famous actors."

Bea describes her work as raw, playful and colourful: "My paintings of monsters and weird people are quirky, whimsical and unusual – and from my imagination. I've always painted in a little bit of a naive way. I love colour and bright things."

Now that Bea is back in Nottingham she hopes to integrate herself into the local art scene. She was recently runner-up in the Surface Gallery's International Postcard Show and her work will soon be on show at an open exhibition at City Arts in Hockley."

Find out more about Bea and her work.