This year's competition theme was British Heritage. Natasha's designs were based on the popular children's novel The Secret Garden by Frances Hodgson Burnett. All Natasha's prints, graphics and silhouettes were inspired by the animals, characters and landscapes featured in the book and the 1993 film. 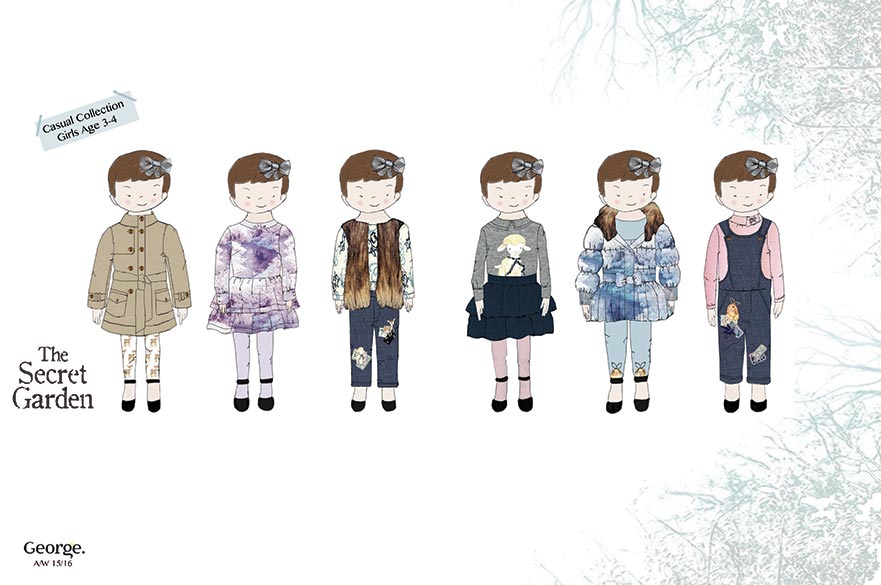 Natasha said: "I decided to enter the competition because it gave me the opportunity to design for children, which I am passionate about, and the prize was a job within the George design team which is an amazing opportunity."

"I thoroughly enjoyed being part of the competition because it developed my skills as a designer and gave me valuable experience for the future."