A master's student created almost identical canvasses as one piece of art to illustrate the duality of dementia after having seen his father develop the disease. 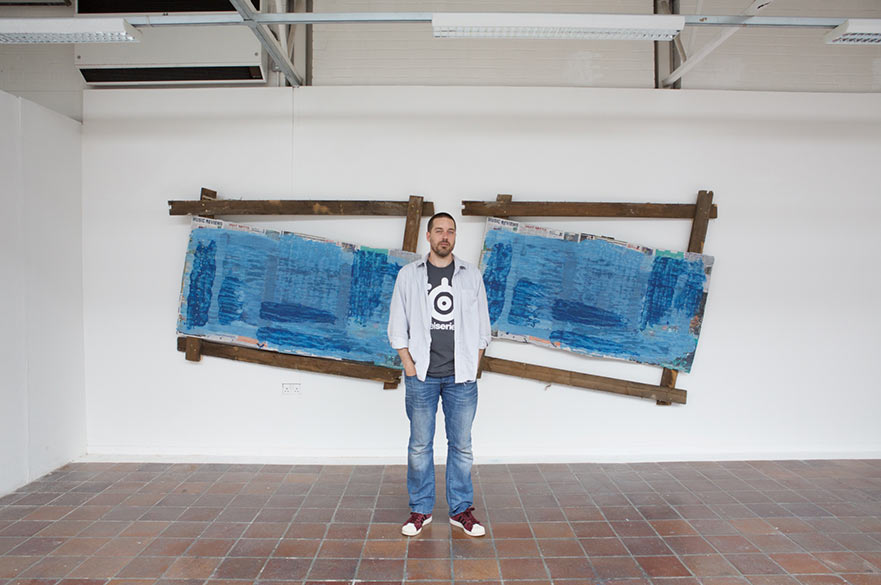 A master's student created almost identical canvasses as one piece of art to illustrate the duality of dementia after having seen his father develop the disease.

Richard Emslie, 40, who is studying MFA Fine Art at Nottingham Trent University, created Frontotemporality to portray how two things can appear the same but contain differences.

The sculpture – which also explores the duality of mental health issues and addiction – is going on display at Primary, in Seely Road, Nottingham, during Nottingham Trent University's master's art and design exhibition Open Studio.

"Inside all of us, there's this 'inside you' and 'outside you'," said Richard, who's studying at the School of Art & Design.

"There's this issue of duality. My father has had dementia for about ten years and there's a duality about how I look at him.

"I have a memory of how he was when I was growing up, and how he is now after having had dementia.

"It's about identity and perception and I wanted to explore that and more in this artwork."

Richard created the artwork from disused wood taken from a former windmill, papier-mâché and paint which he made himself.

The sculpture will be displayed alongside the works of various other MFA Fine Art students in Primary - who collectively refer to themselves as Parallel – between 23 July and 31 July for the MFA Fine Art end of year show.

The rest of Open Studio – which includes around 70 graduating master's artist and designers - takes place in the Atrium and Postgraduate Studio in Nottingham Trent University's Bonington building, in Shakespeare Street, Nottingham city centre.